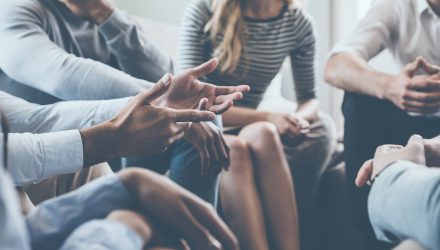 Editors Note: This article was republished with permission from Parametric.

Interest in responsible investing was strong in 2017. I’ve been talking to more and more investors about their environmental and social concerns, so I expect interest to continue to swell this year. In 2017, the new U.S. President and his policies became a point of discussion. As we move into 2018, what’s next?

At Parametric, we’ve been particularly interested in following three main issues that gained particular momentum during 2017. It will be interesting to see how these issues evolve as we move into 2018. They include gender equity, climate change and human trafficking/modern slavery.

In some ways, you can think of the gender equality issue as the corporate version of #MeToo. The issue has been in the background for years with little attention. Now the uproar over gender inequality, which has led to efforts to improve representation of women in senior corporate positions, continues to grow. From a shareholder perspective, the movement is largely focused on board of directors’ membership, where shareholders have the most influence.

In 2017, two gender-related shareholder resolutions at companies with all-male boards gained majority support- a rarity! Resolutions at Cognex in April and at Hudson Pacific Properties in May garnered 63% and 85% support, respectively.

Hudson responded in August 2017 by appointing Andrea Wong to the company’s board. As of this writing, Cognex continues to have an all-male board. Although it is considered best practice for boards to respond to non-binding votes with majority support (which these were), they are not required to act.

In 2018, we are watching to see if more large shareholders move beyond supporting shareholder proposals to registering protest votes against board of director nominees at companies with all male boards. A precedent for this approach was set in 2017. For example, BlackRock voted against the nominating committee members at five companies with all-male boards.