Bogle on Biggest Risk of Next Financial Crisis
You are at:Home»Portfolio Construction Channel»Value Versus Growth in Emerging Markets 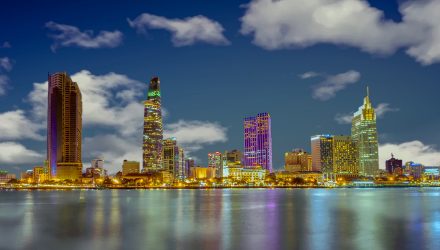 Value Versus Growth in Emerging Markets

“Emerging markets are flashing warning signs, but don’t tell that to value stocks,” writes Bloomberg columnist Nir Kaissar, who adds, “To some investors’ surprise, value stocks are holding up better than growth.”

Theoretically, Kaissar explains, that’s not supposed to happen. “Value stocks, after all, are cheaper than growth for a reason: They represent companies, and sometimes whole sectors, that have fallen on hard times or are struggling to grow.” But in reality, he says, stocks haven’t always “followed that playbook.” He cites data from Dartmouth professor Ken French showing that, during six of the 13 bear markets since 1926, value stocks beat growth stocks.

This leads Kaissar to the following question: Is value more likely to win during downturns because the stocks are cheaper than average relative to growth? He says the answer is yes, according to data from seven of the last 10 bear markets (since 1948) but adds that there are two caveats:

Kaissar also points out that growth stocks in emerging markets are “more expensive than usual:”

Although the data for EM growth and value indexes extend back only to 1996 (with the EM index experiencing only three bear markets since then), it appears that the respective valuations of growth and value have not influenced their behavior. “But,” writes Kaissar, “as subsequent U.S. bear markets suggest, it’s still worth paying attention to how growth and value are priced.” By that measure, he argues, EM growth stocks still look expensive.