You are at:Home»no-rss»The Permanent Portfolio: Skeptical, But No Dismissive 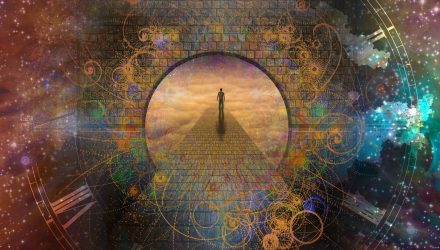 The Permanent Portfolio: Skeptical, But No Dismissive

By the end of the period, profit margins for stocks were abnormally high, and overvaluations are significant.

Other risks, however unlikely, include:

Holding gold could be made illegal again.

The T-bills and T-bonds have only one creditor, the US Government. Are there scenarios where they might default for political reasons? I think in most scenarios bondholders get paid, but who can tell?

Stock markets can close for protracted periods of time; in principle, public corporations could be made illegal, as they are statutory creations.

The US as a society could become less creative & productive, leading to malaise in its markets. Think of how promising Argentina was 100 years ago.

But if risks this severe happen, almost no investment strategy will be any good. If the US isn’t a desirable place to live, what other area of the world would be? And how difficult would it be to transfer assets there?

The Permanent Portfolio strategy is about as promising as any that I have seen for preserving the value of assets through a wide number of macroeconomic scenarios. The volatility is low enough that almost anyone could maintain it. Finally, it’s pretty simple. Makes me want to consider what sort of product could be made out of this.

Back to the Present

I delayed on posting this for a while — the original work was done five years ago. In that time, there has been a decent amount of digital ink spilled on the Permanent Portfolio idea of Harry Browne’s. I have two pieces written: Permanent Asset Allocation, and Can the “Permanent Portfolio” Work Today?

Part of the recent doubt on the concept has come from three sources:

Here’s the thing, though — just because it succeeded in the past does not mean it will in the future. There is a decent theory behind the Permanent Portfolio, but can it survive highly priced bonds and stocks? My guess is yes.

It’s hard, almost impossible to make them all do badly at the same time. They react differently to changes in the macro-economy.

There are a lot of modified permanent portfolio ideas out there, most of which have done worse than the pure strategy. This permanent portfolio strategy would be relatively pure. I’m toying with the idea of a lower minimum ($25,000) separate account that would hold four funds and rebalance as stated above, with fees of 0.2% over the ETF fees.

To minimize taxes, high cost tax lots would be sold first. My question is would there be interest for something like this? I would be using a better set of ETFs than the ones that I listed above.

I write this, knowing that I was disappointed when I started out with my equity management. Many indicated interest; few carried through. Small accounts and a low fee structure do not add up to a scalable model unless two things happen: 1) enough accounts want it, and 2) all reporting services are provided by Interactive Brokers.

This article was republished with permission from The Aleph Blog.