This Tech Cycle Has Not Been Like Any Other
You are at:Home»Portfolio Construction Channel»The Inflation Advantage of Equal-Weight 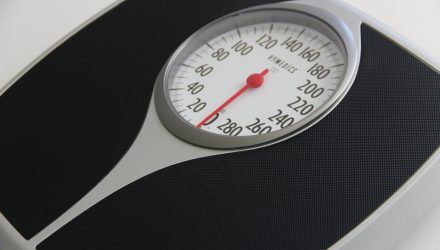 The Inflation Advantage of Equal-Weight

I have written favorably several times before about the advantages of equal-weighted portfolios, and it is worth reminding readers that going back to 1990, the S&P 500 Equal-Weight index has not suffered a single negative 120-month return, which stands in stark contrast to the capitalization-weighted parent index, which experienced several negative 120-month periods around the time of the financial crisis:

There are various explanations for this superior and more consistent performance, some of which we have touched on in articles before:  a greater exposure to big winners, reduced concentration in sectors and large companies, and, as a result of all of these, typically shorter and shallower drawdowns.

There is another apparent advantage to the equal-weight portfolio, and that is reduced sensitivity to the kind of cost-push inflation caused by higher commodity prices.  Since 1990, about one-fifth of the S&P 500 Equal Weighted index’s superior 60-month returns can be explained by positive increases in commodity prices:

There are a good explanations for this phenomenon.  For one, the equal-weighted index has exhibited far more consistency in terms of its sector exposure over time (via SPDJ):

We have discussed previously how equal-weighted energy exposure benefits greatly during oil bull markets.  However, the advantages of equal-weighting in these conditions do not stop with energy.  Within sectors like industrials and materials, the equal-weighted portfolios give investors more exposure to sub-industries like railroads in the former, and miners in the latter, that benefit from higher commodity costs: