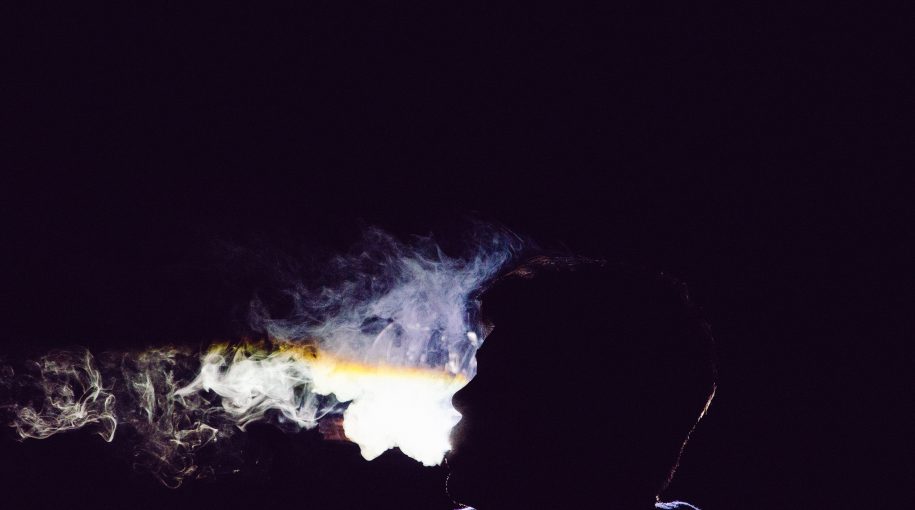 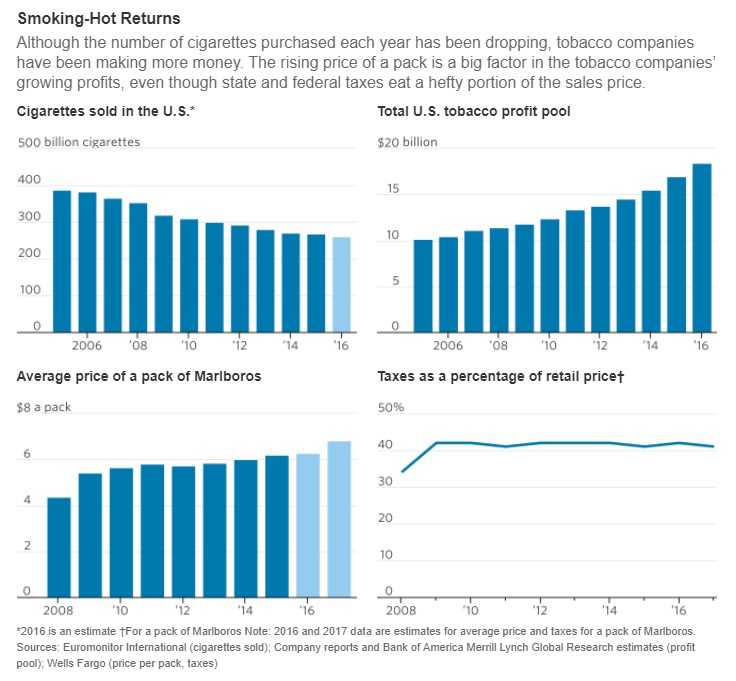 This tremendous profitability is all the more remarkable when viewed in the context of aggregate earnings.  As Morgan Stanley observed last July, tobacco companies had managed to grow their earnings at around 7% per year over the previous ten years, while earnings for the MSCI World Index managed only a paltry .5% per year over the same period.

In addition, this remarkable growth in profits occurred more or less without interruption; again citing Morgan Stanley, in the depths of the financial crisis, tobacco earnings globally fell only 10%, and lasted only six months, while the broader market experienced a decline of more than 40%, a loss which was not made good for more than six years.

Unlike other consumer staples industries, which face increasing competition and reduced pricing power, tobacco companies have the luxury of a wide moat provided by regulators, who have placed strict controls on any marketing of tobacco products.  This has firmly insulated incumbent firms from any real competition; for example, the top handful of U.S. tobacco firms account for more than 90% of the industry’s revenues.  These restrictions on advertising have another benefit, which is that capital that would otherwise be spent on marketing can be returned to investors via dividend or buyback, or for M&A activity.

Obviously, tobacco is an unpopular industry, and it is a poster child for “sin stocks,” so called because they are excluded from many ESG portfolios.  This aversion on the part of many investors to owning tobacco stocks is a feature of investing in the industry, not a bug.  As Cliff Asness has written, sin stocks offer higher returns because ESG investors refuse to own them.  Thus, in order for the market to balance, tobacco-averse investors are forced to entice willing investors with the prospects of higher returns.

These higher returns are in many ways a direct result of traditionally discounted valuations; indeed, as  Patrick O’Shaughnessy has observed, despite being the best-performing stock of the last fifty years, tobacco titan Altria has spent a good deal of its history among the cheapest stocks in the market (via Patrick O’Shaughnessy): 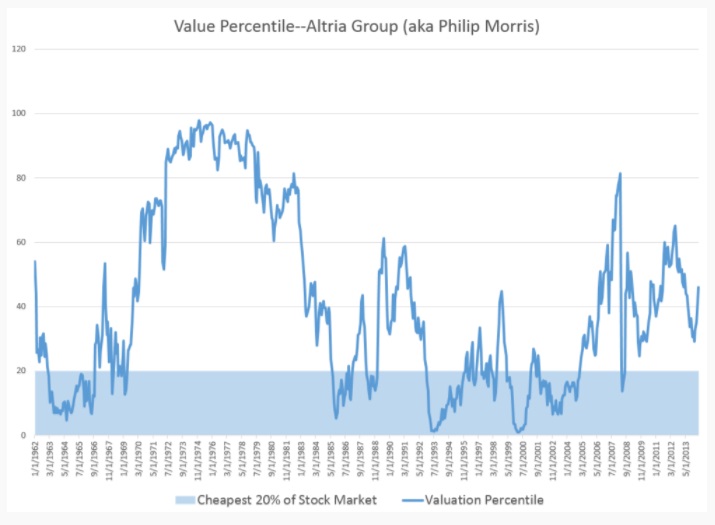 So, even if I’ve convinced you that tobacco stocks are worth holding, how long can you expect the current pain to last?  Only time will tell, but, if history is any guide, tobacco stocks should not be down for too long; over the last ~30 years, the longest drawdown was a bit shorter than three years, a shorter duration than the broader consumer staples sector, and much shorter than the overall market: 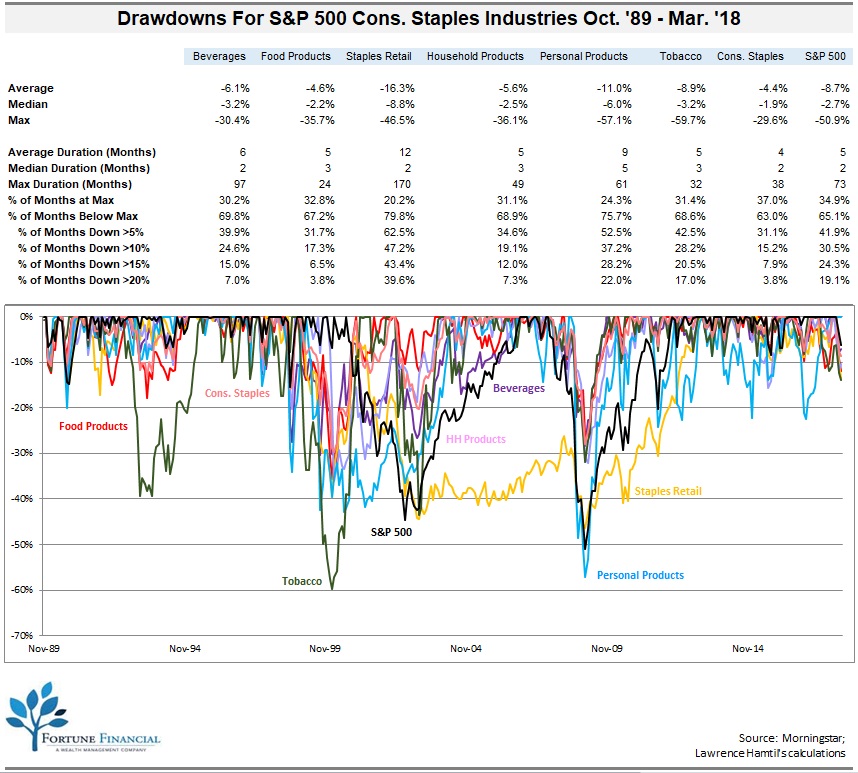 This article has been republished with permission from Fortune Financial.