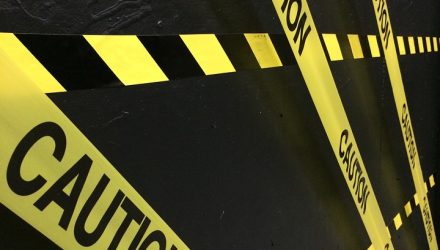 Conventional wisdom would predict that war is bad for the stock market, but the data doesn’t back that up.

Keeping the Current Headlines in Context

Despite the strong historical evidence that following news headlines is a really bad way to invest, there are certainly no shortage of pundits who continue to try to suggest you do exactly that. Political turmoil is probably at the highest level it has been in the last several decades. We have our first President in office who sends regular messages to the American people via Twitter, and those messages are often times controversial, which creates a news feedback loop on both sides of the political spectrum.

But there is a lesson in that. And it isn’t a political one.

We have had a very volatile political situation. We have politics dominating the news more than it has in a very long time. And yet, the market has continued to go up. Those who ignored the headlines are the ones who have done the best.

That doesn’t mean that politics can’t affect the stock market. They certainly can. Although most of what goes on in politics has no effect on the market, some of the decisions that come out of Washington have a direct effect on the sales, income and cash flows that determine the value of publicly traded businesses, and those things will also affect the market. But even with political situations that affect the market, trying to invest based on them is a losing proposition. The reason is that predicting their outcome more accurately than the consensus on Wall Street, which is what is already reflected in stock prices, is next to impossible.

The current talk of a potential Trade War is a good example. There is no doubt that Trade Wars are typically bad for the economy and bad for the market. But they also have lots of moving pieces and they can sometimes be resolved favorably. We saw that this week with a potential positive resolution to our dispute with Mexico. To adjust your portfolio based on a potential Trade War, you would need to have a high conviction about its eventual outcome relative to what the market thinks it will be, and the odds of doing that are very low for experts in the area, much less the average investor.

Political headlines also aren’t the only ones you need to ignore. Investing headlines themselves can often be misleading and counterproductive. Take the recent headlines about the market reaching all time highs. When something is at an all time high, there is a tendency for all of us think it is expensive. There is an implicit suggestion that is should be sold, not bought. With the market, though, that just isn’t true. When something goes up more than it goes down over the long-term like the stock market does, by definition, it is going to achieve a lot of all time highs along the way. Without all time highs, there is no return. This video from Josh Brown and Bill Sweet of Ritholtz Wealth Management explains this better than I can, but the basic conclusion is that all time highs typically are a positive for the market going forward more than they are a negative.

At its core, investing is very simple. If you establish a sensible long-term plan and you follow it with discipline and consistency, you will most likely do very well. Investing based on headlines serves neither of those purposes. Many of us can’t ignore the headlines all together. They are basically everywhere you look. But you don’t have to ignore them. You just have to make sure they don’t change your investing plan. If you can do that, you will be far more likely to achieve your long-term goals.