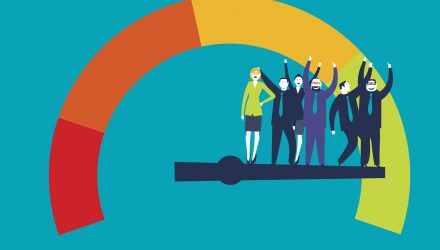 In an article for ETF.com, Bam Alliance director of research Larry Swedroe summarized the findings published in the S&P biannual Indices Versus Active (SPIVA) reports which compare the performance of active managed equity funds to their appropriate index benchmarks.

“The bottom line,” Swedroe writes, is that “there is no evidence of persistence in performance greater than randomly expected among active equity managers. Making matter worse is that a stronger likelihood existed of the best-performing funds becoming the worst-performing funds than vice versa.”

The report does show persistence in one area, Swedroe notes: “across all market-cap categories, funds in the worst-performing quartile were much more likely to be liquidated or merged out of existence, highlighting the importance of making sure that survivorship bias isn’t present in the data.”

While investors are reacting to the lackluster performance of active managers by continuing to move money to passive investment strategies, the article points out that many institutional investors “still engage in the practice of selling funds, or firing managers, once they have underperformed the market over the previous three years, typically replacing them with funds or managers that have recently outperformed.” Swedroe highlights the folly in this practice, citing research that shows such hired managers go on to underperform those who were fired.

The article concludes that the SPIVA scorecards “provide powerful evidence regarding the persistent failure of active management’s ability to persistently outperform,” citing Charles Ellis’ observation: “While it’s possible to win the game of active management, the odds of doing so are so poor that it’s imprudent to try—which is why he called it ‘the loser’s game.’ ”