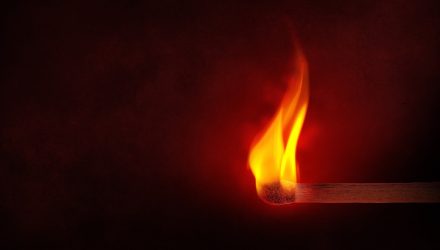 Sustainable investing is a quiet revolution that is changing the world. OppenheimerFunds is leading the way with people like Aniket Shah at the forefront.

Shah is OppenheimerFunds’ Head of Sustainable Investing, but on the day that the landmark Paris Climate Agreement was reached, he was in Paris as part of his role with the United Nations’ Sustainable Development Solutions Network (UN SDSN).

Prior to joining OppenheimerFunds in December 2017, Shah spent several years advising investors, governments and multinational financial firms on sustainable finance, and on how to integrate environmental, social and governance (ESG) principles into their business practices.

On a recent podcast, Shah joined us to discuss the implications of the United States signaling it will back out of the Paris agreement, the role private industry will play in combating climate change and why this is an issue that investors can no longer avoid.

Here are some highlights from our conversation.

Brian Levitt, Senior Investment Strategist: How meaningful is it that the United States has started the process of backing out of the Paris Climate Agreement? What are the implications of this over the near- and long-term?

Aniket Shah, Head of Sustainable Investing: There are a few important points here. One is that the U.S. has been decarbonizing for some time now, which is mostly due to two things. The transition from coal to natural gas is one reason.

Secondly, there is greater awareness over fuel standards for vehicles, so our emissions have been going down. The problem though is that although emissions have been decreasing, the Paris Climate Agreement is calling for a reduction to zero. And so you can move to a natural gas infrastructure and still have locked-in emissions for the next 30, 40, 50 years whereas what we actually need is to go to zero.

So the first important point is we are already on a process of de-carbonization. The second is yes, the United States has signaled it’s backing out. But there is very positive momentum in cities and states that are doubling down on their commitment to follow the agreement.

Levitt: This brings to mind Michael Bloomberg’s coalition to uphold the Paris Agreement.

Shah: Yes – and indeed a large percentage of carbon emissions both in the U.S. and globally come from cities. The fact that we have a cities alliance in the United States to continue on the path to zero carbon over the next 30 to 40 years is a good thing. That’s what gives me hope.

The sad thing is that the United States could have been – and still could be if it wanted to – the leader in this transformation. And great technologically driven businesses in California and New York want to be operating in this sector.

But the reality though is for that to happen, you need to have public policy support in terms of research and development. You also need the right fiscal intervention – and if the United States at a federal level is pulling out, all those other interventions that are needed may not happen.

Brown: From a capital commitment standpoint, where are we in the U.S. with, or without the Paris Accord, and where is the rest of the world right now?