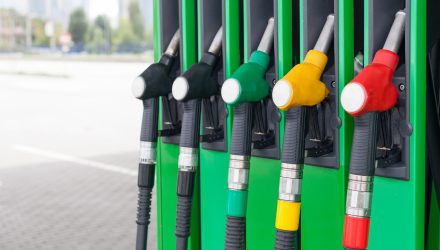 While crude oil prices have pulled back from three-and-a-half year highs as major global oil producers sought to raise output, the oil market still found support from geopolitical risk to supply in Iran. Observers anticipated renewed U.S. sanctions to stifle the Middle Eastern country’s crude exports in the months ahead.

We’ve sort of achieved [a recovery to the $70]level probably a little faster than we thought we would have relative to declines in Venezuela and Mexico and parts of China and so the production side of the equation has actually rolled over a little faster than we thought it would,” said Robert Raymond, investment strategist at hedge fund RCH Energy, in an interview with CNBC.

In its latest report, the Energy Information Administration revealed that domestic crude supplies fell by 4.3 million barrels for the week ending Aug. 31, but gasoline stockpiles climbed by 1.8 million barrels, which missed expectations. According to some market experts like Tim Clark, President of Emirates, oil prices should be seeing steeper declines.

“The Organization of Petroleum Exporting Countries’ (OPEC) spare capacity, which measures their bandwidth to ramp up production to cushion price fluctuations, is below 3 percent of total global demand. Lower spare production levels restricts how able OPEC is to respond to spiking prices,” according to CNBC.