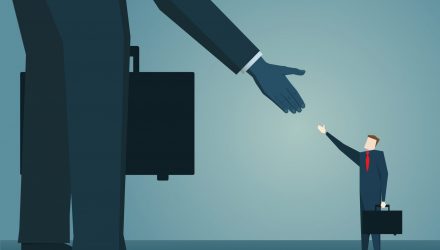 According to an article in Institutional Investor, a new report published by S&P Global Ratings suggests “It might be worth questioning the earnings of companies being bought by private equity firms.”

“In analysis of companies involved in deal making in 2015,” the article says, “S&P found that the earnings projections were unrealistically high on average across leveraged buyouts and mergers due to so-called ‘add-backs’—adjustments made to account for expected costs savings or an anticipated rise in revenue.” It cites comments by S&P credit analyst Steve Wilkinson that private equity firms can be aggressive in using add-backs to Ebitda (earnings before interest, taxes, depreciation and amortization) when trying to secure financing, a trend that grew in 2013 when regulators issued leverage guidelines. “There was a notable increase in Ebitda add-backs, both in terms of frequency and magnitude, when the leverage guidelines came out,” he said, adding, “Those projections are flawed.”

Wilkinson offered the example of businesses that depend on subscriptions for recurring revenue, saying they may “inflate earnings to reflect an expected increase in the number of subscribers they will have three to five years from now.” He also cited add-backs used by companies expanding operations: “For example, a company might project Ebitda based on future revenue from data centers they’re building but won’t complete for another year or two.”

In some cases, the article notes, “S&P views expanded definitions of adjusted Ebitda as an ‘artificial deflation of leverage.’ ” According to Wilkinson, it’s easier to identify cost saving and synergies in M&A deals that don’t involve a private equity buyer.