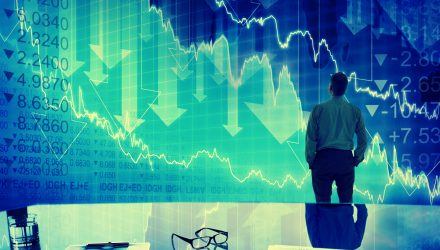 Small-Cap ETFs Are Holding up Well…Sort Of

Major large-cap equity benchmarks, including the S&P 500 and Nasdaq-100 have been volatile in recent days, but perhaps surprisingly, the small-cap Russell 2000 Index has been holding up fairly well.

“While the Dow Jones industrial average, S&P 500 and Nasdaq Composite have all fallen around 5 percent in the last week, the small-cap stock index has declined a little more than 4 percent,” reports CNBC. “On Wednesday, the Russell 2000 closed the day barely positive while the Nasdaq Composite, S&P 500 and Dow all closed in the red.”