You are at:Home»no-rss»Selling a Stock: Good Reasons and Mistakes 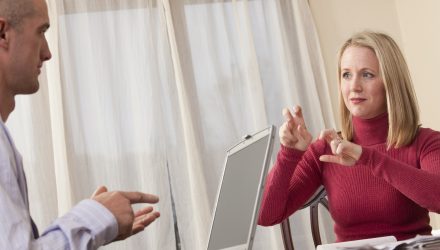 There are good reasons and common mistakes made by value investors when selling a stock. We put a lot of emphasis on investment decisions , especially the buy side. But the sell side can make the difference between success and failure.

We’re going to consider 3 reasons for selling a stock and examine two common mistakes made by value investors:

3 Reasons For Selling a Stock

2. 5% Rule
The total value of any stock position should not exceed 5% of a portfolio. Company specific risk can be nearly eliminated with diversification. If you allow single stock positions to become too large you are taking risk you will not be compensated for.

The 5% rule is especially important if you work for the company. Why should anyone risk their job and retirement on any one company?

3. Fundamentals Change
Sometimes the fundamentals of a company change after purchasing the stock. If the result of the changes is that you no longer have a margin of safety at the current price, the stock should be sold. Selling the stock would also make sense if the fundamental changes meant other stock investments were a better value.

Common Mistakes When Selling a Stock

1. Loss Aversion Bias
Selling a stock at a loss is difficult for most of us because we have a loss aversion bias. Studies show people fear the negative effects of a loss twice as much as they enjoy the positive effects of an equal gain.

Investors have a tendency to be too nearsighted and make poor long term investment decisions because of short term loss aversion. It is common to want to break even on an investment. This may cause an investor to hold a stock even when they believe that it should be sold.

Let’s say Paul purchases a stock for $100 and three months later decides to sell the stock due to a fundamental change in the company’s outlook. The price of the stock is now $97. Like most of us, Paul doesn’t want to take a loss so he decides he will wait until the stock reaches $100 so he can break even and avoid a loss.

Let’s look at Paul’s risk/reward ratio and see if it makes sense. His potential reward for holding the stock is only $3 because he has decided to sell at $100. Paul has decided to risk $97 for the potential of making $3 more than he can receive today. Risk aversion bias has caused Paul to make a poor risk/reward decision.

Selling a Stock and Portfolio Rebalancing

Here is an illustration of the thought process a value investor should favor. Both valuation and portfolio rebalancing should be a part of buying and selling decisions: