You are at:Home»Featured»Are The President’s Steel and Aluminum Tariffs Good for America? 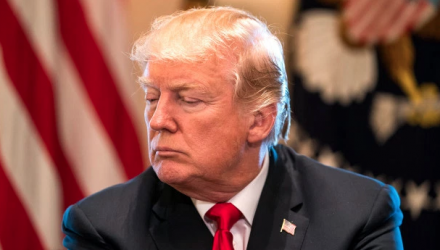 Are The President’s Steel and Aluminum Tariffs Good for America?

President Donald Trump’s proposed tariff on imported steel and aluminum, at 25 percent and 10 percent, is much more than a shot across the bow. Indeed, this could be the official kickoff of the trade war we all anticipated. The protectionist trade policy, announced last week as the president met with metals executives, raised fresh inflation worries and had an immediate impact on capital markets.

As expected, the winners were domestic steelmakers. AK Steel, the only manufacturer in North America that produces carbon, stainless and electrical steels, rose as much as 9.5 percent Thursday.

AK Steel CEO Roger Newport praised Trump’s decision, saying he fully supports “the actions he plans to take to stem the tide of unfairly traded steel imports that threaten the national security of our country.”

Newport wasn’t alone. Drew Wilcox, vice president of steel giant Nucor, called the tariffs “a clear message to foreign competitors that dumping steel products into our market will no longer be tolerated.”