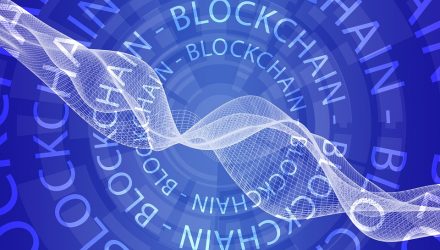 While cryptocurrencies have yet to attain wider adoption, its underlying technology, blockchain, is beginning to attain more traction as companies, large or small, public and private alike, are beginning to see it as a viable application for a variety of uses in a multitude of sectors. As such, optimism is riding high on blockchain technology becoming more and more prevalent.

While the majority of investment capital into blockchain technology is coming from abroad, Forbes’ list of 50 companies exploring blockchain use include domestic names, such as JPMorgan Chase & Co, Berkshire Hathaway Inc, Bank of America, and Wells Fargo. From the financial sector to the healthcare sector, blockchain technology appears to be manifesting itself in various forms as a workable solution for housing data and securing it from unwanted access.

“We are extremely optimistic on the increasing use cases for blockchain especially on the enterprise level right now,” said Matt Markiewicz, Managing Director at Innovation Shares, an index provider for exchange-traded funds (ETFs). “Many industries have not only started to explore but are actually implementing various blockchain-based solutions in their business models in order to help improve productivity, fortify data security and enhance connectivity. IDC’s latest blockchain spending guide estimates a CAGR (compound annual growth rate) of 73% in blockchain spending over the next 4 years to $11.7 billion in 2022 with the manufacturing, professional services and banking industries expected to witness the fastest growth.”

“Two areas where blockchain is already seeing wider adoption are in the payment space as well in the shipping/logistics industries,” said Markiewicz. “Blockchain’s ability to enhance security and increase speed especially for cross-border payments could be a game changer for more than 1 billion adults around the world who don’t have access to financial services but own a mobile phone.”

Companies are vying to become early adopters in order to further their businesses, such as the joint venture between technology titan IBM and transportation company Maersk, which launched a blockchain shipping platform dubbed TradeLens. The TradeLens platform has already been put to use facilitating global trade without relying on middlemen for a year, which has resulted in $154 million shipping events at ports located around the world.

“As blockchain is a technology that creates trust, it has the power to bring efficiencies to the shipping & transportation industries where there are multiple logistics & governmental participants involved in moving goods from point A to B,” said Markiewicz. “Through their TradeLens platform, A.P. Moller-Maersk, the Danish container shipping company, is one of the leaders in helping to streamline processes & reduce costs involved in the movement of freight across more than 200 ports around the globe.”

The rise in blockchain technology has opened the eyes of investment firms looking to capitalize on its growing application by offering investors the opportunity to allocate capital into this growing, disruptive technology. One such way is through an ETF like the Innovation Shares NextGen Protocol ETF (NYSEArca: KOIN).