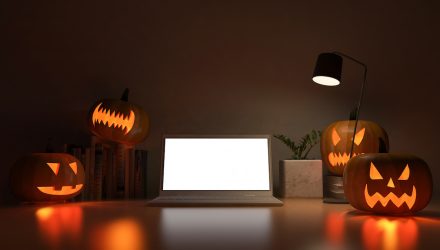 After a September in which investor enthusiasm drove strong ETF flows, sentiment returned to earth during a spooky October for the markets that saw the S&P 500 Index swing into correction territory. Cracks to the momentum trade that began to appear earlier this year widened considerably during the month, bringing risk assets broadly lower and close to flat or negative returns for the year.

ETF investors struggled to bring in assets in this environment, but were still positive for the month, drawing $4.8 billion in net new flows. This brings year-to-date net new flows for the ETF industry to $217 billion. After gaining ground during the third quarter on 2017’s robust ETF flows, October’s trickle reversed the trend. Today, we are 43% behind where we were at this time in 2017. 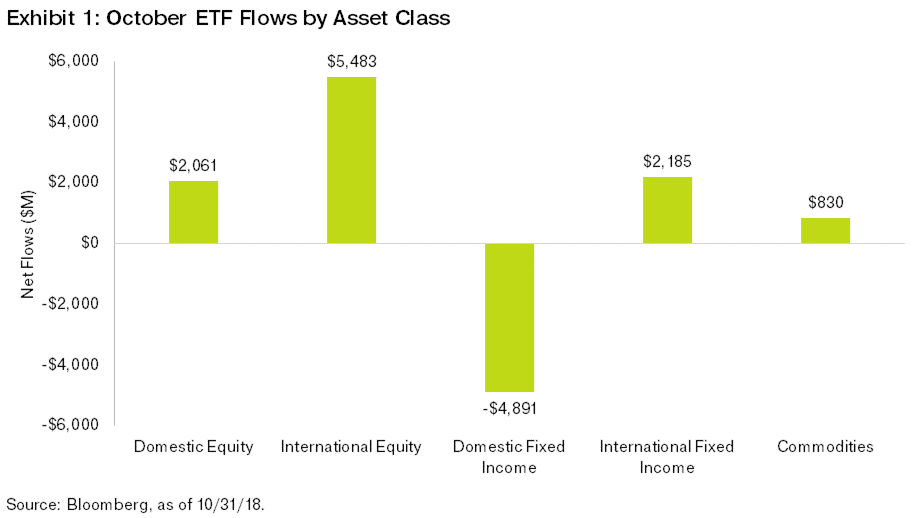 Risk Assets Sell Off and Investors Rotate to International

Where to begin? A host of factors impacted selling across markets last month. The International Monetary Fund dialed down global growth expectations, citing impending tariffs as a threat to projections. Technology shares, a key driver of the rally that pushed U.S. equities to record highs during September, experienced weakness on multiple fronts – Chinese cybersecurity hacking scandals, regulatory risks, and profit warnings. All the while, the Federal Reserve has steadily tightened monetary policy. Against this backdrop, we saw repricing among most global shares, although domestic equity posted marginally better results than international counterparts. Zeroing in on Europe, the region continues to display slowing economic momentum, a depreciating euro, and unsupportive fiscal policies. Nonetheless, perhaps in a contrarian fashion, investors hunted for value amid the selloff and placed $5.5 billion in net new flows into this relatively maligned asset class, the most since February.