You are at:Home»Portfolio Construction Channel»Nothing to Fear but the Fear of Missing Out 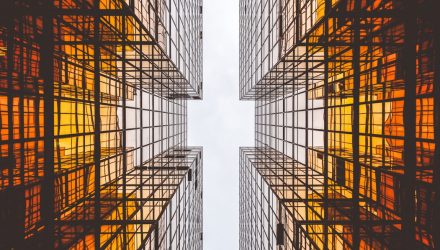 In January of 2018, stocks had not pulled back 2% for five-plus months; they had not corrected a mere 3% in 15 months or 5% in 19 months. It appears as though the fear of missing out on the uptrend had become so pronounced that buyers no longer waited for the most modest of pullbacks to acquire shares lower.

Consider the relative strength index (RSI) for the Dow Jones Industrials. Matthew Yates, a Seeking Alpha contributor, demonstrated that the monthly RSI was higher than it has ever been in the past 100 years. The elusive monthly RSI reading of 90 did not even occur during the irrational exuberance leading into 1929. Yet peaks for monthly RSI values are associated with increased risks of near-term price reversals.

Another technical indicator, Average Directional Movement (ADX) captures the strength or weakness of a trend. Most analysts follow the heuristic that ADX readings (14-period) over 30 confirm strong uptrends. And that’s a good thing. After all, the “trend is your friend.”

However, an uptrend can jump the proverbial shark. For instance, extreme ADX readings of 56 preceded the stock market crash of 1987 as well as the financial collapse of 2008. Historic extremes in terms of trend strength, then, often precede disaster.

Dana Lyons of The Lyons Share points out that the current ADX reading of 70 has rocked the record books. The current uptrend’s strength is, for better or worse, incomparable.

Keep in mind, however, when one couples severely overbought levels (e.g., RSI, ADX, etc.) with the knowledge that stock market overvaluation is also pushing on a string, stock price reversion may not be far behind. If nothing else, a sharp spike in volatility might be preordained.

As if overbought, overvalued conditions were not enough to ponder, the Rydex Bull-Bear asset ratio has eclipsed even the most bullish extremes. Bullish assets currently outstrip bearish assets by a factor of 20. Imperfect sentiment indicator notwithstanding, the discovery is downright mind-boggling.

Not to fret, though. The melt-up in stocks implies that there is nothing to fear but fear of missing out (FOMO) itself.

This article was republished with permission from ETF Expert.