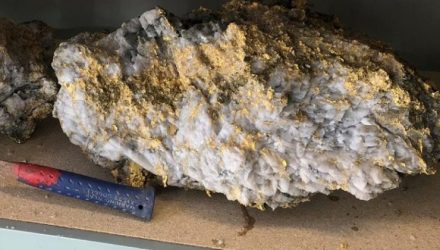 The find of the century in the Australian Gold Fields

“Recovering 9,250 ounces of high grade coarse gold from a single cut on the 15 level at our Beta Hunt mine, including specimens which could rank among the largest ever discovered, underlines the importance of this discovery,” RNC Minerals CEO Mark Selby told Sky News.

“This is a spectacular discovery — possibly the find of the century in the Australian Gold Fields,” Ross Large, professor of geology at University of Tasmania, told the Financial Times. “This is the sort of find that you would associate with the 1860s Gold Rush and will probably cause a boom in exploration.”

Gold prices strengthened late morning on speculation that the U.S. is reaching out to China for a new round of trade talks, which pressured the dollar, the Wall Street Journal reports.