You are at:Home»no-rss»Mindfulness & Investing for Better Financial Decisions 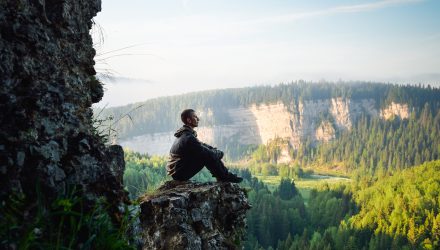 You don’t have to be a Buddhist or even pay much attention to Buddhist philosophy to use mindfulness to make better decisions.  In fact, I would argue that the essence of mindfulness (facilitated through meditation) likely created the Buddhist philosophical precepts discussed here, rather than the other way around. Nonetheless, some discussion of these Buddhist origins helps answer our question: Why mindfulness for investing?

To start, there are many more aspects to Buddhist philosophy than I cover in this short article. Thus, I won’t discuss most of the central tenants of Buddhism, such as the four noble truths of Buddhism, which address suffering in life, its causes, and liberation from that suffering.  My main purpose here is to parse out those aspects of the philosophy that are most relevant to making better decisions including:

Mindfulness is about thinking clearly and knowing what you are thinking about. As a result, we can make rational decisions as opposed to emotional or visceral decisions (e.g., we can avoid the so called “animal spirits” often discussed in investing circles). Although there are various translations, the Buddha said something along these lines:

Some contend that the Buddha suggested we should avoid using logic altogether. However, my personal view is that the above translation reasonably represents a mindful approach. This approach is sometimes termed “skepticism”, which is one aspect of being rational. Also, Buddhism describes the eight fold path for the release from suffering.

The first of these is “right understanding”, which is often paired with the second item, “right resolve”, as the wisdom portion of the eight fold path. In other words, wisdom in the form of an objective understanding of the world and how it works is essential to true enlightenment. In summary, mindfulness means that you don’t take things on face value or as received fact. Use your own mind to figure out what is correct and incorrect.

Buddhism supports using direct experience or direct knowledge as the best way to decide what is true and false. A modern scientist would call this being informed by observational data or empiricism. The conclusion to the quote above is:

The opening phrase “when you know for yourselves” in this context means to understand through your own direct experience. The Buddha suggested that the truths he described could only be completely verified through our own meditation and mindfulness. From an investing perspective, an extreme interpretation of this concept would be to invest by trial and error to have “direct knowledge” of good investing principles.

However, for our purposes, direct knowledge includes critically analyzing for ourselves the actual results of others’ investments. To be mindful, we should conduct this critical analysis rationally and only when we have good reason to believe the results are not fabricated or unreasonably manipulated. In summary, a mindful approach is empirical or informed by solid data.

Some forms of Buddhism describe the six perfections, which are the qualities of an enlightened or mindful person. One of these qualities is patience or endurance. In Buddhism, patience refers to both patience with ourselves and with others in all human activities and interactions.