You are at:Home»Portfolio Construction Channel»Managing Investor Sentiment in the Changing PE Market 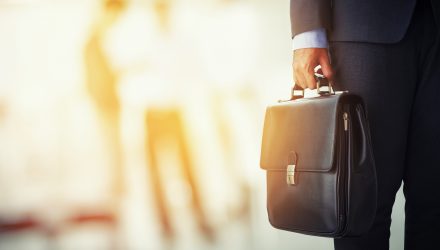 The heatwave that has gripped much of the Northern hemisphere over the summer months provides a neat metaphor for the current state of the global real estate and PE market. Just as Europe and North America have sweltered under record temperatures and aridity, ‘very hot and exceedingly dry’ more or less summarizes the state of the alternative investment market.

Despite a slight ebb in Q2 of 2018, firms are raising money at a pace and level not seen since before the financial crash. According to Preqin, 2017 saw a massive 20 per cent increase in funds under management, the highest rate of annual growth ever recorded by the analyst, bringing the industry’s total AUM to over three trillion USD. The average fundraising period has now fallen to 12 months, half of what it was in 2010.

This is all quite understandable considering that the industry has frequently posted double-digit returns in a post-crash era marked by a paucity of yield. However, it has led to a situation where the flow of money is fairly one-way. The amount of ‘dry powder’ has increased in lockstep with AUM growth, rising 24 per cent in 2017 to a record level of 1.1 trillion USD – with some estimates putting the figure as high as 1.5 trillion. The trend has become self-perpetuating: fund managers have more and more capital, with less and less attractive options for spending it, which only pushes deal values higher, continuing the cycle.

As such, and despite the overall buoyancy of the sector, firms may be about to enter into a tricky phase which will take skill to navigate. Paper gains are all very well and good, but ultimately don’t mean anything until they convert to actual gains via exits. The risk now is that the fierce competition for investment opportunities will inflate deal valuations to the point of seriously impacting returns. And while this might be a short term phase to allow for market rebalancing, investors who are used to outperformance from the sector – or have recently moved into the sector, drawn by the allure of double digit returns – may find such a dip difficult to stomach.

Good investor relations come easily when the returns are flowing, but should there be a period of tightening, trust and confidence will need to be sourced from elsewhere. Communication will be of critical importance. Constant talk of squeezed returns due to overpricing will make it more crucial than ever that managers are able to clearly, regularly and efficiently provide information on portfolios, explaining the situation and their strategy – ensuring that sentiment is managed and that key relationships don’t become a casualty of the changing environment.
In fact, boom times or not, investors have been agitating for greater transparency into their investments for a number of years. The industry has done some good collaborative work to respond to this. However, there is still a way to go, and while standardisation of this sort will certainly improve things, it doesn’t help provide the granular, customisable information of the sort LPs are increasingly hungry for.

And on a firm-by-firm basis, there is still a long way to go. Despite a recent wave of investment in technology, some parts of the industry remain relatively low-tech relative to their peers in finance, with much of this visible in the area of investor communications. Too many firms still rely on outmoded, simplistic updates delivered via PDF or email.