You are at:Home»no-rss»Lessons From a Senator: How Experience Shapes Investing Decisions 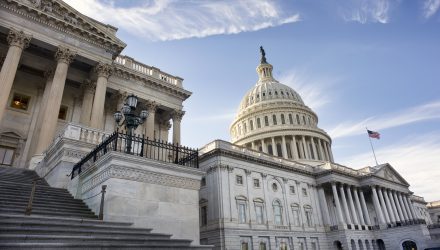 Lessons From a Senator: How Experience Shapes Investing Decisions

In 1955, the Senate Committee on Banking and Currency decided a stock market study was in order. The big concern was whether the market was euphoric and what to do about if it was. They didn’t want a repeat of ’29.

So they rounded up all the big names to expound on the market. Ben Graham was one of those people who offered his enlightening two cents.

John Kenneth Galbraith was another.

I think the senators were hoping for a way to stop the market mid-boom – shut the euphoria off like a garden hose spigot – without an ensuing crash. Galbraith didn’t mince words on that possibility and who would be blamed for it:

As I say, once the boom is well underway it cannot be arrested. It can only be collapsed. And the unfortunate feature of that is that the person who does the collapsing is terribly visible.

Shocking that a bunch of elected politicians hated that outcome.

During Galbraith’s testimony, Senator Robertson from Virginia chimed in with a personal story that a lot of new and time-tested investors can relate to in some way. There are many lessons in his story: buying too early, selling too early, letting price volatility dictate action, ignoring value, ignoring research, getting emotional…I could go on.

His story is a lesson in how our early experiences (one bad experience for the Senator) can shape our perspective on the markets and impact future investment decisions.

Senator Robertson: Professor, your reference a while ago, about escape from reality, reminded me of a personal experience I had with stock some years ago and the advice I was asked to give about that stock last summer.

I had a farmer friend who had made some money out of cattle, before the price went down, and he had bought a substantial block of Bethlehem Steel at 50. In July of last year, when the stock had gotten up a little above 68, he called me and said, “This Bethlehem Steel I own is active, and I wish you would find out for me what the prospects are for future advance.”

I wrote a friend in New York and said, “Confer with some of the best posted men up there about Bethlehem Steel.” He wrote me back that the very top stock analyst of one of the best brokerage firms told him without doubt Bethlehem Steel would go to 130. And that was in July of last year.

I made that report to my farmer friend, and I said I did not pretend to know anything about the values of stock, but I did have a little transaction once in Bethlehem Steel.