You are at:Home»no-rss»Less is More in the World of Investing 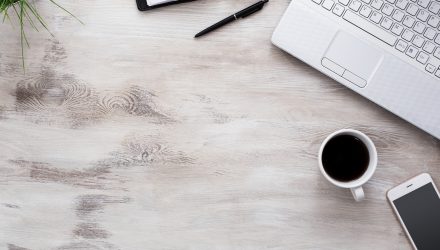 Less is More in the World of Investing

The tendency for risky investments to become safer over time is known as time diversification. Assuming future asset returns are loosely correlated with past returns, the implication is that rational investors should hold investments for long periods of time.

Investors are rewarded for patience and staying invested in the market over long periods of time.

Unfortunately, most investors fail to embrace a long-term mentality, which results in costly mistakes.

As I pointed out in my previous critique of stock picking, investors who trade frequently do very poorly. The most active traders significantly underperform a simple buy-and-hold index strategy.

Vanguard and Fidelity have fielded studies to test the relationship between investor performance and trading frequency. Both companies found that top-performing investors do very little to nothing with their investment portfolio. They purchase low-cost funds, and remain invested for the long haul. Fidelity found that many of the highest performing investors forgot about their accounts entirely.

Professors Brad Barber and Terrance Odean have done excellent work on this topic. In their paper, “The Behavior of Individual Investors,” they review and summarize the vast amount of research on the stock trading behavior of individual investors. Their findings are remarkable:

Statistician Nate Silver illustrates a similar point in his book, The Signal and the Noise, through the following finding:

“In the 1950s, the average share of common stock in an American company was held for about six years before being traded — consistent with the idea that stocks are a long-term investment. By the 2000s, the velocity of trading had increased roughly twelvefold. Instead of being held for six years, the same share of stock was traded after just six months. The trend shows few signs of abating: Stock market volumes have been doubling once every four or five years.”

Many investors have bought into the overwhelming financial noise, choosing to follow the advice of brokers, salesmen, and media pundits while refusing to acknowledge the compelling evidence against frequent trading.

In our modern society, less is almost never more. We are constantly under pressure to work harder, faster, and longer. Consider a few common examples:

To get promoted, you are supposed to work longer hours and accept additional responsibilities.
To gain more knowledge, you must read/listen to more inspiring content.
To get fit, you need to exercise consistently.
But what about the investment world? The data and research paint a clear picture – less really is more.

A long-term mindset and a couple of well-diversified index funds are the only requirement for investment success.