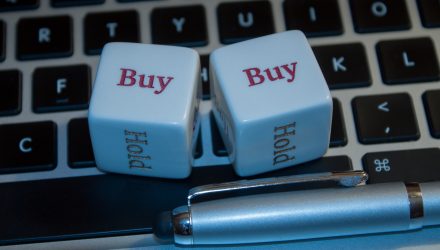 Investors continue to move assets from actively-managed mutual funds into lower-cost index-based ETFs in 2018, continuing a multi-year trend. With the latest index versus active data released from S&P Dow Jones this week, such actions have likely proven to be appropriate. Across all nine domestic equity styles in the traditional style box, the average active mutual fund lagged the appropriate S&P index in the three-year period ended June 2018.

According to the Mid-Year 2018 SPIVA US Scorecard, just 21% of large-cap core mutual funds outperformed the S&P 500 index in the three-year period. On an asset weighted basis, the active funds’ 11.46% total return lagged the index by 47 basis points. Given that investors can gain exposure to large caps using iShares Core S&P 500 Index (IVV) or Vanguard 500 Index Fund (VOO) for just 4 basis points, it is easy to see why these two ETFs have pulled in approximately $23 billion of new money in the first nine months of 2018. Meanwhile, investors who favor the mutual fund wrapper can use Vanguard 500 Index Fund (VFIAX) that also has a 0.04% expense ratio, which is considerably below the 1.0% for the average large-cap core mutual fund.

Investors pulled $95 billion out of actively-managed mutual funds year-to-date through September, according to Eric Balchunas, a Bloomberg Intelligence analyst, while index mutual funds and ETFs gathered a combined $330 billion.

While disappointing, the 21% large-cap success rate was higher than the percentage of mid- and small-cap mutual funds that outperformed the S&P MidCap 400 and S&P SmallCap 600, respectively, in the three-year period. Just 17% of mid-cap and only 6% of small-cap active funds exceeded the returns of the index. On an asset-weighted basis, the performance difference was much wider than for larger-cap funds.