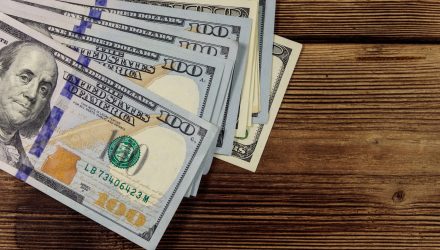 It’s All About the Dollar

So, I’ve been reading a lot of articles, such as the one by Noah Smith on Bloomberg titled: “What Trump’s Trade Guru Doesn’t Get About Economics.”

In this article, Smith, a really good blogger who tends to boil things down to simple stuff, goes on to explain to us in detail why trade wars are bad economics.

Of course, I fully agree with him on this. As someone who grew up in the 1970s and 80s—especially in an industrially insular India—I experienced firsthand the bad economic policy of protectionism.

I know, I know. Tariffs won’t meaningfully reduce the trade deficit. For that matter, I also know that, for a country with a low savings rate, eliminating or reducing the trade deficit may not be the best thing for near-term growth.

Furthermore, one would have to sleep through an “econ 101” class to not see how tariffs could reduce productivity growth and act as an indirect tax. Also, it is quite obvious that other countries are likely to respond to Trump’s trade provocation, a scenario that of course will cause the steps laid out in this paragraph to happen all over again.

While I don’t know this for sure, I am quite certain that Peter Navarro, the loudest proponent of this protectionist policy, who I believe happens to be an economist by training, gets all of this, too. The point I’m trying to make is that this policy, in my view, has nothing to do with economics. Instead, it’s all about politics, which, as we all ought to know very well, happens to be messy.

Arguing on the economics of this topic as a market participant is a useless exercise because it does not bring us to any conclusion. Trump got elected on a protectionist agenda—and to placate his base he is moving forward on that agenda. And no amount of pleas by the commentariat on the economic principles is likely to help.