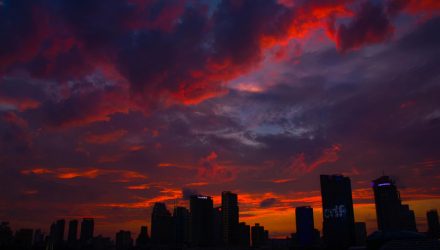 Equity markets started the second quarter (Q2) on the back foot, with the S&P 500 falling more than 2% on the first day of the quarter on trade fears. Yet, despite the increasingly heated trade rhetoric as the quarter progressed, the US economy only appeared to go from strength to strength and the S&P 500 finished the quarter 3.43% higher, for a first half 2018 return of 2.65%.

At the same time, the Dow Jones Industrial Average rose only 0.70% in Q2, and was still down -1.81% for the year as of June 30th.  This was in sharp contrast to the technology heavy Nasdaq price index, which gained a whopping 6.33% in Q2,  and registered a first half return of 8.79% – reflecting the diverging fortunes of technology companies versus industrial and financial firms that make up almost 40 percent of the Dow.

Optimism on the US side did not translate abroad, as economic growth in other developed markets softened and emerging markets had to contend with the effects of rising interest rates in the US and a stronger dollar.  The MSCI EAFE index (net) fell -1.24% in Q2, resulting in a first half 2018 return of -2.75%.  The MSCI emerging markets index (net) fell -7.96% in Q2, sending its first half return down to -6.66%.

As we begin the second half of the year, our biggest concerns are related to trade, monetary policy, or rather its impact on the yield curve and what it tells us about the prospects for future growth, and turbulence in emerging markets.

1. Where does the trade battle go from here?

President Trump finally got his tariffs rolling on America’s major trade partners, including Canada, China and the European Union, with the hope of inducing them to the negotiating table.  However, these countries called the President’s bluff and retaliated with their own tariffs.