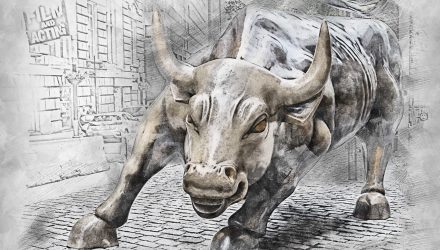 Investors as Bullish on US Stocks as in January 2015

Professional investors have turned bullish on U.S. stocks, their enthusiasm “fed by an especially buoyant earnings season that is offsetting other concerns,” says an article in CNBC.com.

“Domestic equities are holding the biggest portfolio weight since January 2015, according to the August Bank of America Merrill Lynch Fund Managers Survey, a look at where 243 pros who manage $735 billion are putting their money.”

The pivot to U.S. stocks has occurred despite lackluster returns in 2018, the article said, citing a mere 1.9 percent rise in the Dow Jones Industrial Average as of August. “Investors have been impressed with the profit boom this year,” the article said.

But according to Michael Hartnett, BofAML’s chief investment strategist, the increased enthusiasm is a “cautionary sign as central banks continue to gradually tighten policy and expectations are that the profit boom will trail off due to tougher comparisons ahead.” He predicts that rising concerns over corporate debt should render bonds a better bet than stocks, while “a weaker profit outlook suggests defensives could outperform cyclicals.”

The article notes, however, that investors still have concerns as evidenced by the rise in cash holding to 5 percent of portfolios (up from 4.7 percent in July and above the ten-year average of 4.5 percent). It adds that “managers consider the trade war to be the biggest ‘tail risk,’ while 32 percent think that the U.S. economy, which boasted a 4.1 percent GDP gain in the second quarter, faces deceleration ahead.”