You are at:Home»Equity ETFs»Inflows into U.S. ETPs Slow, but Increase Overseas 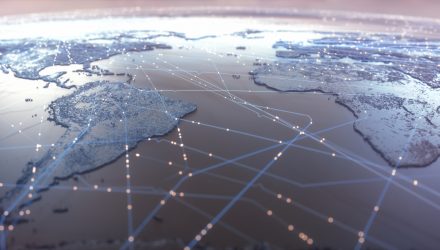 Despite a post-midterm election rally to begin the month of November, more bouts of volatility appear to be creeping back into the U.S. markets. October 2018 has been one to forget for U.S. equities thanks to FANG (Facebook, Amazon, Netflix, Google-Alphabet) stocks that have haunted the major indexes during the month of October: Facebook—down 7%, Amazon—down 21%, Netflix—down 20%, and Google (Alphabet)—down 10%.

The Nasdaq Composite, in particular, fell by 9.2% in October, making it its second largest decline since it fell 10.8% back in November 2008. Investors were rocked by copious amounts of volatility after a decade-long bull run that has seen the growth fueled by FANG stocks dwindle as the technology sector fell into correction territory. The Nasdaq was able to pull itself out of correction territory on the final day of October, but the entire month made investors reticent to jump back into the same tech sector that spurred the historic bull market.

However, a continued move towards international assets could be an enduring trend moving forward.