You are at:Home»Education Channel»How to Invest in the S&P 500 ETF 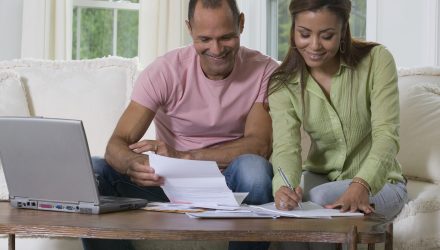 The SPDR S&P 500 ETF (NYSE: SPY) is the oldest and most successful ETF in the world and tracks 500 of the most successful companies in the United States across various sectors.

In my opinion, SPY is the most cost-effective method to gain exposure and ride on the economic growth of the U.S. For those of us who are bullish on the U.S. in general but don’t know which particular U.S. stock to buy, then going with the SPY might be your best choice.

The table below provides the basic characteristics of SPY:

SPY is highly established and liquid with $168 billion in assets and 149 million shares exchanged on average over three months. State Street Global Advisors is the institution behind the SPY and they are the second largest asset manager in the world with US$2.4 trillion in assets under management — behind only BlackRock.

Here are the top ten holdings for the SPY:

The top ten holdings of the SPY would give you a general idea of the composition of SPY. It contains technology companies like Apple and Microsoft, energy companies like Exxon Mobil, and pharmaceutical company like Pfizer. It is a highly diversified ETF; the top holding (Apple) weighs less than 4% of the total fund and the top ten at only 16.94%. This means that if any company were to get into trouble and see its stock price fall, it would not affect the SPY significantly.

Another great thing about the SPY is that it will always contain the top 500 companies in the U.S. The best way to illustrate this is like how football clubs are promoted to (and relegated from) the Premier League based on their performance.