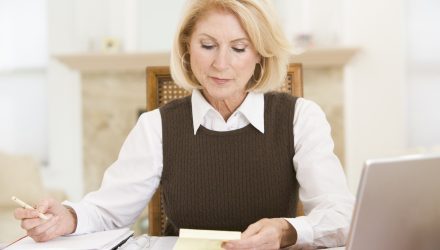 How Many Stocks Should You Hold?

The subject of how many stocks should be held in a portfolio has been a subject of debate for years. Typically, an investor will want to hold a basket of stocks so as to be properly diversified.

In this post I discuss how I evolved from the ‘Shotgun’ approach to the ‘Rifle’ approach. I also touch upon how I whittled down the universe of potential investments from which I would conduct my analysis. Had I not started doing this years ago, I would still be running around like a chicken with my head cut off analyzing countless companies that are not even worth touching with a 10 foot pole.

A few years ago I was reading another blog in which the blogger disclosed the composition of his/her portfolio. I found it interesting to read that when this individual had started his/her blog a few years prior, the thought was to own a portfolio of 20-30 stocks.

Once the portfolio had evolved to the stage where it consisted of 20 – 30 holdings, however, the blogger decided there was still a number of high-quality companies in which he/she had still not invested. As a result, this threshold was eliminated and the number of holdings crept up. By the time I stumbled on the site, the portfolio had over 50 holdings.

Now, a few years later, the number of companies in which this person had invested has grown to over 100 yet the total portfolio value is less than $400,000.

This got me thinking…”what is a reasonable number of stocks to hold in a portfolio?”

I am certainly not here to criticize this individual’s approach to investing. In fact, when you learn about the individual’s background you can’t help but to be awestruck by what this person has accomplished.

This individual found a strategy that suited his/her personality. It appears to have worked and this person appears to be extremely happy with the outcome of his/her decisions. All the more power to this individual!

My Early Days of Self-Directed Investing

I will confess that when I first started self –directed investing in the mid 1990s I was enamored with the thought of holding shares in multiple companies. There were just so many companies out there in which I wanted a piece of the action that I would buy 100 – 200 shares and then move on to the next company.

After a couple of years of doing this, my thought process evolved. I was regularly receiving drips and drabs of dividend payments. I would let the cash accumulate in my account until such time as I had sufficient funds to acquire another 100 – 200 shares in another company. As you may suspect, this just ended up increasing the level of dividend drips and drabs that was hitting our various investment accounts. This resulted in an increase in the number of investment decisions I had to make!

After reading countless books about Warren Buffett, Charlie Munger, Peter Lynch, etc., the light bulb went off in my head. Reading quotes such as the following certainly helped put things in perspective!

“Our investment style has been given a name – focus investing – which implies 10 holdings, not 100 or 400. Focus investing is growing somewhat, but what’s really growing is the unlimited use of consultants to advise on asset allocation, to analyze other consultants, etc. “ – Charlie Munger

“Students learn corporate finance at business schools. They are taught that the whole secret is diversification. But the exact rule is the opposite. The ‘know-nothing’ investor should practice diversification, but it is crazy if you are an expert. The goal of investment is to find situations where it is safe not to diversify. If you only put 20% into the opportunity of a life-time, you are not being rational. Very seldom do we get to buy as much of any good idea as we would like to.” – Charlie Munger

“The worst thing you can do is invest in companies you know nothing about. Unfortunately, buying stocks on ignorance is still a popular American pastime.’” – Peter Lynch

I must admit I was somewhat befuddled when I read Buffett’s and Munger’s pearls of wisdom. Here they were, stressing that you should focus your investments as opposed to ‘throwing mud at the wall’ yet when you delve into Berkshire Hathaway, you realize they own dozens of 100 companies outright; I draw your attention to page 118 of 124 in the 2016 Berkshire Hathaway Annual Report.

The difference between Berkshire Hathaway and me, however, is that it has so much money and it continuously generates so much money. What else can you do except to acquire companies outright!?

I started to narrow my focus and selected a handful of great companies. I slowly began to acquire shares in each company so that the automatic reinvestment of the dividends would purchase at least one share.

While I became more focused I knew Buffett and Munger were in a totally different league from me. Firstly, I did not own multiple companies outright. Secondly, I did not have the same level of positive cashflow as they did. Thirdly, I knew there are so many variables that can change over time (eg. company’s future dividend policy or future earnings multiples) which could turn a ‘great company’ into a ‘not so great company’.

Given the above, I just could not envision myself investing in only 10 companies. Could you imagine if I owned a couple of Kodak or General Electric (GE) type companies in a portfolio of 10 stocks?

I also looked at what could happen to a company on the future earnings multiples front. I previously used the examples of Cisco (CSCO) and Intel (INTC) in my Should You Invest When the Market Appears to be Overvalued? article. These were great companies but they were valued in the stratosphere. If I had included these two ‘darlings’ in my group of 10 companies I would have been in a heap of trouble.

While I decided to become more focused with my investing style, I viewed 10 companies as being too few for my liking. At the same time, ~75 or more seemed unreasonable to me. As a result, I arbitrarily chose 45 – 55 different companies as an optimum number of companies in which to invest. Trust me…there really was nothing scientific about how I arrived at this range.

In addition, I decided that I would hold companies within the 5 main economic sectors:

I also decided that there were certain industries and types of investments that simply just did not meet my level of risk tolerance.