You are at:Home»no-rss»Why General Electric is Doing Worse Than Ever 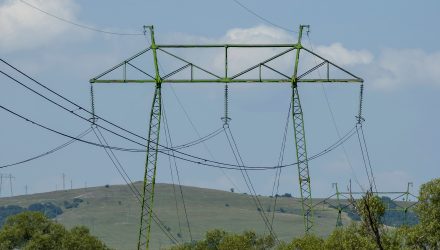 Why General Electric is Doing Worse Than Ever

The company is facing multiple headwinds as it struggles with its industrial portfolio. One risk it faces is that an economic recession in the United States could further stress its cash generation, which is already weakened recently due to heavy working capital needs related to new product launches in its power and aviation segments. Furthermore it could take years before the massive industrial segment can replace the earnings that GE Capital produced at its peak. Increasing market penetration in European countries is also a big challenge for GE in the near future.

General Electric (GE) was the worst performing member of the Dow this past quarter. The only reason GE shares saw a 6.5% jump last week was because rumors had spread that Warren Buffett might be jumping in to buy some shares in the distressed company.

But buying a stock based on a rumor is never a good idea. Besides, if the Oracle of Omaha were to invest in a company such as General Electric, he would probably not buy the same common shares as retail investors.

In fact, 10 years ago Buffett invested $3 billion in GE preferred stock. Preferred shares are superior to common stock, and GE had to pay 10% annual interest perpetually on Buffett’s stake in the company. If it wanted to get out, GE would have the option to repurchase Buffett’s preferred shares for a premium.

Last fall I mentioned in my post that GE was in a mess and it will take at least 3 or 4 quarters to turn the company around. After spinning off most of its financing division and selling its other assets, GE will still a manufacturing company primarily. Manufacturing in the U.S. is simply not growing like it did 50 years ago. In 1967 GE would have been a great investment to buy and hold.

But not so much today in 2018. Less than 10% of the U.S. economy is manufacturing. I suggested that investor should wait at least one year before looking at this company again. 3 months doesn’t change much. GE is still in much disarray. Maybe by the end of this year it will be in better financial shape but we shall see.

This author does not have any shares in GE and does not plan to own any within 72 hours of this post.