You are at:Home»Portfolio Construction Channel»Financial Health and the Sobering Statistics of Debt 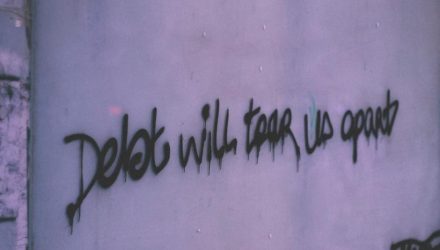 Financial Health and the Sobering Statistics of Debt

I’ve seen several friends suffering with mental health issues. Much of it is caused by stress with work but, equally, I’ve noticed that a lot of it has to do with stress with money. Someone loses their job and only have savings that cover them for the shortest time. I‘ve seen several surveys that say a third to two thirds of Americans couldn’t cover an emergency expense and would need to borrow from friends, family or use their credit card. According to a 2016 GOBankingRates survey, 35 percent of all adults in the U.S. have only several hundred dollars in their savings accounts and 34 percent have zero. That is worrying, as what happens when you lose your job?

I don’t say if you lose your job, but when. This happened to me twice in my career and it’s a completely binary moment. 1, you have a job; 0, you don’t. Simple as that. You don’t have other companies you work for. You work for a company and then you don’t. Meantime, you still have mortgages to pay, bills to cover, food and transport and more. How do you survive?

Some do not. I’ve seen several people lose their job and end up crumbling under the weight of debt. Others take lower paid work, just to keep working, and then they end up having to sell assets as the new job doesn’t cover the bills like the old job. According ot experts, you need to have at least six to twelve months of income saved to cover you for if or when you lose your job.

Equally, this is why I write about money and technology all the time because, apart from relationships, money is the most important thing in our lives. It controls our lifestyles and is core to our wellbeing. If we don’t have income, we lose.