You are at:Home»Portfolio Construction Channel»Factor Investors Strongly Believe in History 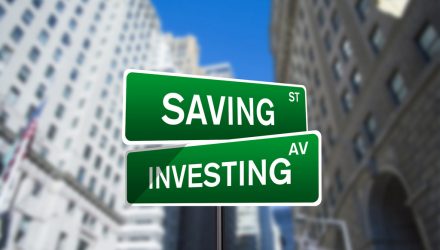 A small cap investor who started in 1984 would have had to endure nearly 30 straight years of under performance (or nearly 95% of their 34-year investing period) as compared to the annualized returns from the S&P 500.  And for investors who started between 1985 and 1994, a negative streak of 10 years was a common occurrence.  The picture is a little better for value investors.  The longest streak of negative value premiums is around 10 years, but some of those negative streaks amounted to 70% or even 90% of the total investing period.

The short history of small cap and value factors tells us, that if you’re going to invest based on factors, you have a decent chance of disappointment and for potentially very long periods.

Given the see-saw performance of factors, how is a factor investor supposed to decide which factors to pursue?  Even using superior statistical methods and thresholds, we’re left with dozens of potentially actionable factors that have sometimes worked and sometime not.  Larry Swedroe’s book on factor investing emphasizes five criteria for prioritizing factors:

This provides a helpful framework to sift through the factor zoo, and Swedroe arrives at a select list of factors that’s pretty similar to the table at the top of this post.  But some of these criteria feel inherently subjective.  How pervasive does a factor have to be?  How many definitions and measures need to agree before we judge the factor as sufficiently robust?

And what’s a “long period” of time for persistence?  Many of these studies assume that the on-and-off-again existence of a factor premium for one investing life time (around 40 or 50 years) is sufficient to be “persistent”.  Is that track record really long enough?

A good illustration of this conundrum is that similar time spans are often used to support the existence of a factor premium but also dismiss periods of factor under performance.  For example, Swedroe discussed whether the value premium is “really dead” given its poor performance over the last 10 years.  Swedroe’s defends the value factor by saying:

In defense of the size, value, and momentum premiums, Cliff Asness at AQR looked at the 23-year period from 1992 to 2015.  Because these three factors were mostly identified before 1992, Asness uses the returns after 1992 as an “out-of-sample” check of the original research results.  Asness finds a positive but slightly lower premium for these factors in the out-of-sample period, and asserts that a 23-year record is more than adequate to resoundingly refute any critique of data mining.

In other words, Swedroe is claiming that 10 years is too soon to declare the defeat of the value factor, and Asness is claiming that 23 years is more than enough time to declare victory for the value factor, as well as two other factors.  Somewhere in a mere 13-year window, we go from cooking in the too-soon-to-tell kitchen to serving up factors on the dinner table of certainty.

In a recent interview, Asness notes for the quality factor that “there is little evidence” in AQR’s research that it’s performing differently now than in “back tests” like to the ones he presented for size, value, and momentum as summarized above.  But Robert Novy-Marx, a professor at the University of Rochester’s Simon Business School counters that:

Will even the “persistent” and “robust” factors continue into the future?  Is the historical data set long enough to demonstrate the likely efficacy of factor investing in the future?  Are the odds favorable enough that you should pursue factor investing?  Larry Swedroe answers by saying:

In other words, even if some robust factors continue into the future, you’re still going to need to diversify your bets and apply all your mindful investing skills to control your behavior.  And a diversified set of factor exposures is likely to dilute any premiums you receive because some factors will be doing poorly while others are doing well.  Because exposure to factors most often increases total portfolio volatility, factor investing will likely require even more mindfulness than simply investing in boring S&P 500 or all-market index funds.

Personally, I believe it’s possible that some of these factors will persist into the future, but I don’t believe “strongly” in any of them for the reasons I’ve laid out here.  So, Swedroe would probably say I shouldn’t pursue factor investing, even though I think I could be mindful enough to ignore most market gyrations and live with any under performance of a portfolio tilted towards certain factors.  Because the factor premiums I looked at were most often in the 1 to 2% range, it seems likely that I’d still meet most of my investing goals with either an all-market or factor-tilted portfolio.

In my next post (Part 2 of this series), I’ll compare the finance perspective on factor investing to another perspective borrowed from an entirely different field of science.  You’ll probably be surprised by what scientific field that is and the results of the comparison.  But you’ll have to read my next post to find out.