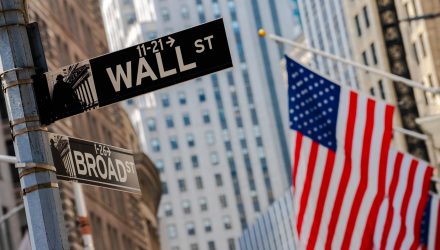 FAANG or WABUA? A Revenue Lens on Market Leaders

With nearly 11% annualized gains, equities have delivered extremely favorable returns over the past 10 years.(1) More recently, those gains have been all about the FAANGs: Facebook, Apple, Amazon, Netflix, and Google – as the digital world reshapes various facets of our economy. This is not just a U.S. theme, but a global one. China, for example, has its own version of FAANG in Baidu, Alibaba, and Tencent, shortened to the acronym BATs. No matter the domicile, digital leaders have dynamically disrupted business on a global scale.

But alongside market exuberance and gains for these tech stocks have come continued high investor expectations. Current market capitalizations relative to underlying fundamentals for the FAANGs suggest the possibility that the group has experienced a disproportionate run-up in price relative to revenue. 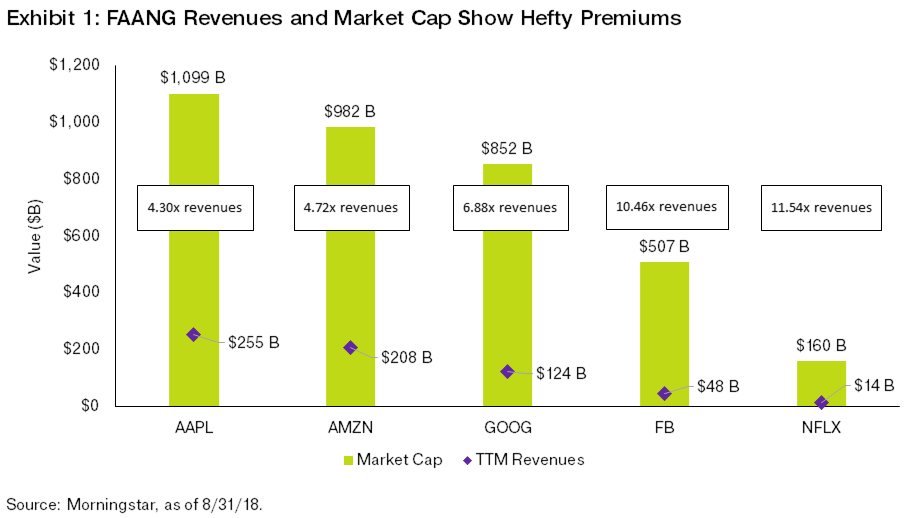 What’s more, the latest quarter’s earnings season has brought rare differentiation to the FAANG group. Facebook plummeted nearly 20% on earnings a day after reporting slowing user growth and a disappointing outlook. On the other hand, Apple soared to a $1 trillion valuation on the back of a strong stock buyback program and the continued global dominance of its software lineup.

This new earnings inconsistency among FAANG stocks gives investors the opportunity to reassess market leaders. We propose an acronym based on fundamentals. We favor revenue as a fundamental metric due to its stability and the difficulty in manipulating the top line relative to metrics further down the income statement, such as earnings. In this case, the top five revenue producers in the S&P 500 are Walmart, Apple, Berkshire Hathaway, UnitedHealth Group, and Amazon, or W-A-B-U-A. (In addition to being an acronym of revenue-based market leaders, Wabua is also a genus of spiders discovered in 2000 in Queensland, New Zealand.) While it remains to be seen whether WABUA stocks have the fangs to take a bite out of high-flying FAANG dominance, their outstanding top-line revenues may offer investors stability when valuations are stretched.