You are at:Home»Portfolio Construction Channel»Examining Aerospace ETFs Ahead Of Earnings 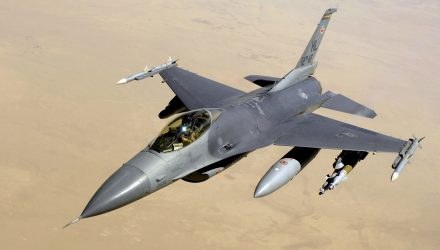 Examining Aerospace ETFs Ahead Of Earnings

Aerospace and defense ETFs, including the iShares U.S. Aerospace & Defense ETF (Cboe: ITA), were among the best industry level performers last year, but amid fears of trade wars, the group is enduring challenges this year.

Still, ITA, the largest ETF in the group, is up 5% year-to-date and some analysts believe aerospace and defense companies could deliver some good news for investors as second-quarter earnings roll in.

Boeing was one of the primary drivers of the aersospace industry’s out-performance from the time President Trump won the 2016 presidential election. Now the company is being hampered by tariff talk.

According to The Street, “China is Boeing’s biggest export market and the 737 is its biggest selling product. The country is expected to surpass the U.S. as the world’s biggest buyer of aircrafts by as early as 2022.”