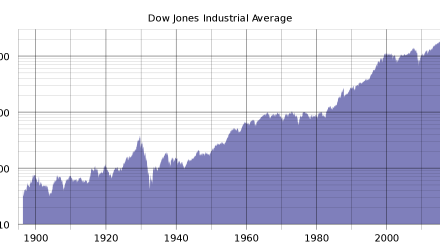 With all the press given to the returns being generated by big tech names, such as Netflix (NFLX), Microsoft (MSFT), and NVIDIA (NVDA), in 2018, it might be easy to overlook the fact that a new group has taken leadership in the equity markets this year – small caps! We really haven’t been able to say that much lately. Small caps rallied hard following Donald Trump’s election win in 2016, as his pro-business growth agenda was seen as particularly beneficial to smaller businesses. Prior to that, however, the last time that small caps led large caps was in 2013.

In 2018, the iShares Core S&P Small-Cap ETF (IJR) has returned 7.4% compared to a 1.2% gain for the SPDR S&P 500 ETF (SPY). A big reason for this is corporate tax reform. Small caps, in general, derive most if not all of their revenue domestically, which means they see a greater positive impact from lower corporate tax rates. Small caps also tend to respond quicker and better to a strong economy. Another big benefit right now is that these U.S.-centric businesses can avoid a lot of the impact from a potential trade war with China as well as problems from areas, such as Italy, Turkey, and Brazil.

Another plus right now is valuation. According to Yardeni Research, the S&P 600 Small-Cap index is trading at a forward P/E of just over 17. That’s not much higher than the S&P 500, which trades at just over 16 times forward earnings. IJR is a good option for broad small-cap coverage and has relatively little invested in the rate-sensitive real estate and utility sectors.

Smart beta and factor investing are prevalent in the equity markets but not so much in the bond world. Traditional market cap weighting methods rule many fixed income products, but there are some strategies commonly used in equities that can translate pretty well into bonds. Take momentum, for instance. This factor has a long history of performing well in the equity markets across multiple economic environments, but it can also work in fixed income too.

The IQ Enhanced Core Plus Bond U.S. ETF (AGGP) looks to capitalize on the momentum investing strategy through the use of other ETFs primarily invested in U.S. Treasuries, U.S. investment-grade corporate bonds, and U.S. investment-grade mortgage-backed securities. It can also touch on junk bonds and emerging markets issues as well. Nearly 90% of the fund’s assets are invested in just five holdings.

While the current allocation is a mix of almost entirely short-term and long-term Treasuries, the rest of 2018 has shown the fund to experience a fairly significant amount of short-term turnover. A recent prospectus indicated that annual turnover was nearly 150%, a number that becomes clearer when you look at sector allocations over the past several months.

Earlier this year, AGGP was roughly 2/3 invested in corporate bonds with virtually nothing in short-term Treasuries. Today, it’s almost entirely absent corporate bonds. The fund’s index rebalances monthly, a good thing for a fund that utilizes a momentum strategy where things can change quickly.

This fund makes for an interesting option as a core fixed income replacement for a traditional low-cost index fund. The fund’s expense ratio of 0.39% won’t compete with the big bond ETFs that charge less than 0.10%, but AGGP has managed to outperform both the iShares Core U.S. Aggregate Bond ETF (AGG) and the Vanguard Total Bond Market ETF (BND) by about 1% since the fund’s inception just over two years ago.