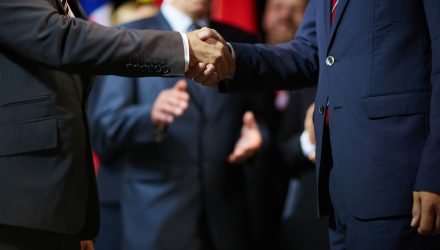 Drop Politics From Your Investment Portfolio

David Fabian March 21, 2018
People tend to take their politics and religion seriously. That’s one of the reasons I try to avoid conversations in these topics because they often end in stalemates or “agree to disagree” type conclusions. Yet when the world of politics and investments collide, I am often asked about my opinion on how a particular candidate will affect the markets.

The 2016 presidential race was no different. The polarizing nature of the race’s Republican field was certainly one that the country watched with fascination. It is also paved the way to a smorgasbord of opinions on how the market would react. Tell me if any of these narratives sound familiar to you:

I can unleash a number of statistics showing the outcomes of differing political parties on the stock market over varying time frames. However, in my opinion, it doesn’t make a bit of difference either way.

The stock market is going to go up AND down no matter what. There is no way to accurately forecast the exact timing that this will occur. It’s like trying to invest your portfolio based on the alignment of the planets or the weather. Volatility is not something that is new to the market or exclusive to any one party.

I remember back in 2008 when virtually everyone on Wall Street was terrified of the transition from George Bush to Barack Obama. The SPDR S&P 500 ETF (SPY) has experienced a gain of 186.59% since his inauguration on January 20, 2009. Seriously, look it up.

I’m not trying to advocate for Obama’s political policies or suggest that he was the driving factor in those returns. I’m simply pointing out that what you think will happen and what will actually happen are often very different things.

Everyone is entitled to their own opinion on how the markets will react to the next President of the United States. For many, that may include stocking up on guns, canned goods, and other assorted “end of the world” paraphernalia.