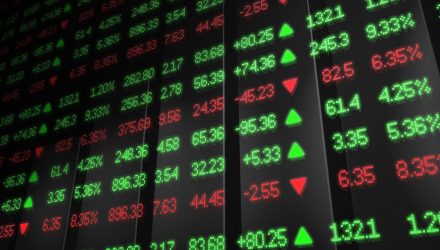 The Dow Jones Industrial Average has been playing from behind for most of October and Thursday was more of the same as the Dow pared Wednesday’s 600-point skid with a gain of over 250 points as of 11:00 a.m. ET.

During the latter months of the bull run in U.S. equities, the Dow gained over 1,000 points, but trade war fears, rising rates and other factors have led to sell-offs in October as third-quarter earnings are being reported.

“The technical picture has turned increasingly bearish this month,” said Ed Yardeni, president and chief investment strategist at Yardeni Research. “The percentage of S&P 500 companies trading above their 200-dmas was down to 37% after yesterday’s debacle.”

However, Yardeni wasn’t all doom and gloom as he posited that the latest sell-offs have created discounts for investors to buy in to stocks that may have been deemed expensive just prior to October’s correction.

“If this is still a bull market, as we believe it is, then the latest bearish technicals and October’s swoon should mark the latest buying opportunity,” said Yardeni.

The markets were propped up by a spate of positive earnings reports from the likes of tech giants like Microsoft who bested analyst expectations with $1.14 per share as opposed to the $0.96 per share expected by analysts, according to Refinitiv. In addition, revenue came in at $29.08 billion versus forecasts of $27.90 billion.