You are at:Home»Portfolio Construction Channel»Does Mindfully Investing Have a Superiority Complex? 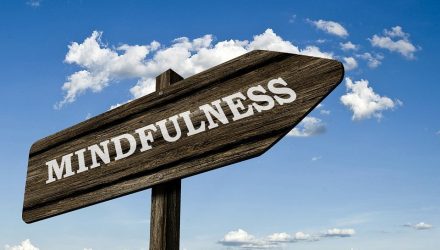 Does Mindfully Investing Have a Superiority Complex?

Over the two-year existence of Mindfully Investing, I’ve written nearly a 100 articles based on this relatively simple-sounding yet nuanced premise. Along the way, I’ve interacted with hundreds of readers and other bloggers here and in social media. And I’ve sometimes sensed a tacit criticism that mindful investors vainly claim mental and emotional superiority over the average investor.

I admit that my writing style can sometimes lack the consistent glow of humility. Looking back at particular excerpts from past posts, I sometimes sound like a self-appointed guru issuing edicts. Although I certainly don’t intend it, some may read between the lines: “You idiots out there just need to get with the program and be less flighty and emotional like super-together me.”

My main purpose with this post is to simply say that I don’t view myself or other mindful investors as superior. If I’ve implied anything to the contrary, that was my failure. I believe that all of us, including those who regularly practice meditation and mindfulness, are deceptively susceptible to emotions and cognitive biases. I’m sure that even the most mindful person in the world (whoever that is) has daily lapses into emotional or biased thoughts and actions. I’m even more sure that my mind is a go-kart as compared to that person’s Ferrari of mindfulness.

Much of what we now call western secular mindfulness flows from the headwaters of Buddhism, which sprang into existence more than two millennia ago. Buddhism advocates a clear world view using rationality, empiricism, and objectivity and renounces confounding emotional turmoil and personal biases. Most Buddhists believe that this mindset is inherently consistent with the “Noble Eightfold Path”, which involves “proper” thinking and action that is compassionate, kind, honest, generous, and sober, among other things. It’s a moral framework emphasizing non-violence and honoring all life. Jain monks, for example, wear face masks and strain their drinking water to avoid accidentally ingesting small insects.

The Buddhist Law-protector Kongorikishi. Much Buddhist statuary during the Kamakura era in Japan was militant in nature.

And yet, history records that some Buddhists, including monks and other clergy, have sometimes violated this moral framework on a grand scale. Examples include Buddhist and Hindu conflicts in ancient and modern Sri Lanka, medieval Japan’s warrior monks, the Zen and Pure Land schools’ support of Japan’s aggression during World War II, and the Thai monk Kittivuddho calling for extermination of communists in the 1970s. You can Google any of these topics and find horrendous details that I’ll omit.

In each of these cases, people ostensibly dedicated to mindfulness somehow claimed that violence was consistent with the pacifism inherent to Buddhism. History is clear that the daily practice of meditation and mindfulness does not, by itself, guarantee clarity or rationality of thought. I’ve said before that mindfulness is not a cure-all, and it won’t magically ensure that you never make an emotional or biased decision again.

The Myth of Perfectly Rational Thought

I thought about all of this when I recently read an article in Wired by Robert Wright, author of Why Buddhism is True and the Mindful Resistance Newsletter. Wright makes the case that no one’s thinking is perfectly rational. He duels with the “New Atheists” because of “the air of rationalist superiority they often exude.” To be super clear, despite the mentions of Buddhism and atheism in this post, this is not a religious argument in kind or degree. Rather it’s an epistemological argument with two camps:

Wright’s main point is that it’s easy to fool ourselves, and therefore, we need to be constantly on guard. Nonetheless, our guard sometimes slips. We can’t expect to be perfectly rational all the time. For anyone who meditates, this sounds entirely familiar. Meditation is literally trying to accomplish just one thing (e.g., focus on the breath), only to observe we’re unable to do that one thing consistently without distraction. Meditation is an exercise in failure. We discover that such mental failures are part of what defines us.