You are at:Home»Portfolio Construction Channel»Dodd-Frank Is Now Officially a Dud 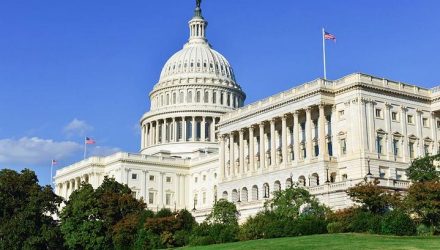 Dodd-Frank Is Now Officially a Dud

I often remind investors to look past the negative and find the positive. Last week provided no shortage of big splashy headline stories, from yet another high-profile personnel shakeup at the White House to a nail-biter special election in Pennsylvania’s 18th Congressional District, from Russia’s alleged nerve agent attack on a former double-agent spy to a tragic bridge collapse in Miami.

If this is all you were focused on, you might have missed what I believe was the most significant development of the past few days. Last Wednesday, the Senate, in a bipartisan vote, quietly approved plans to roll back key banking rules in 2010’s Dodd-Frank Wall Street Reform and Consumer Protection Act (Dodd-Frank).

If the House also approves the bill, President Donald Trump is expected to sign it into law, thereby providing much-needed relief to smaller lenders and community banks that millions of rural Americans and small businesses depend on. Aside from tax reform, I think the relaxation of Dodd-Frank will be seen as Trump’s crowning fiscal achievement so far, as it has the potential to contribute greatly toward his goal of at least 3 percent economic growth.

Investors piled into an ETF that holds small to midsize banks following the news last week. The SPDR S&P Regional Banking ETF attracted $606 million in daily inflows, a record for the fund, according to Bloomberg.