You are at:Home»no-rss»Initial Coin Offerings: 5 Reasons for Raging Success 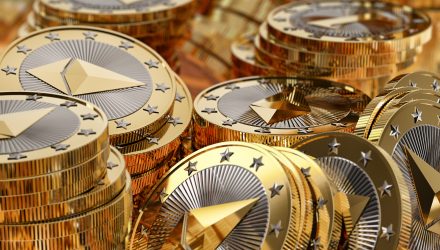 Welcome to the cryptocurrency age! We are currently in an era when the modern-day currency is slowly losing its essence. This is all down to the mammoth rise of cryptocurrencies over the past few years. It all kickstarted when the BitCoin was introduced a few years ago. What made this concept so appealing? There is no sort of regulating authority for the currency. You are the sole owner of your money and you may do as you wish with it.

The value of these currencies has skyrocketed from a few hundreds to almost USD 10000 in a matter of just a few years. This is the best return on investment any sort of investment could possibly give you. However, many fractions of its supporters have raised concerns as to how much more could the BitCoin grow? It is often thought to as a bubble; a bubble which is highly unpredictable and could burst any moment.

Despite the volatile nature of the Bitcoin, a number of alternative coins have come up thanks to the record-breaking Block Chain technology concept. Certain other concepts such as Initial Coin Offerings have also gained a lot of popularity over the years.

What Is An Initial Coin Offering?

This has attracted a number of cryptocurrency investors into the fray, catapulting the fame of ICOs to a newer level. An alarming amount of USD 350 Million has been raised in the form of Initial Coin Offerings already. Majority of this amount has been raised through crowdfunding campaigns alone. The funds gathered from these campaigns can be thought of a crowd-funded seed money for a start-up.

So far ICO’S have performed considerably well and are thriving in a market of close to 800 cryptocurrencies.

Many of the blockchain start-ups, who have offered Initial Coin Offerings, have introduced the cap concept on its investors. A cap can be defined as the minimum or maximum limit of cryptocurrency units, an investor has to invest, in order for it to qualify as an investment.

Max Cap: It is defined as the maximum expected financial goal of an organization. It is the more than enough funds required for the project to take shape and operate. It can also be thought of a threshold amount which will cover the development phase of the project and help it sustain until it reaches profit generation phase.

Min Cap: It can be defined as the minimum most financial goal of a prospective company. In simple terms, it is the minimum amount of cryptocurrency units required for the start-up to function.
Why has this feature of ICOs been mentioned? This concept shows that there are certain limits in place. Investors are prevented from over investing as well as under-investing.

Every company accepting cryptocurrency units as investment have a multi-signature system in place. Rather than the traditional single signature authorization system, ICOs authorize transactions if multiple authorities put down their signature on the transaction document. The signature can be both digital or on paper.

There are chances that multiple employees of a company have access to the firm’s cryptocurrency wallet. They could potentially misuse this to launder money from the account. Any sort of transaction will be valid only if necessary authorizations are put into place.

ICOs are Utilized for Multiple Projects

The success of any ICO can be determined by the type of project they operate on. Every ICO works on a unique project and also provide multiple varieties of them. This way potential investors can have the liberty to choose what project to invest on. Apart from project details, users also gain access to a number of exciting features the ICO offers.

For example, Crown Cloud Blockchain Technologies, along with ICO offerings, gave its users access to their cloud space. The users could store their data on their cloudspace.

There are a number of other interesting ICOs as well which offer multiple benefits to all their investors.

The entire investment process is a multi-step process. The process is divided into the following steps:

One must make sure that they do not lose their private key information. However, a number of ICO service providers offer a number of key loss prevention methods. All in all, your key is pretty much safe.