You are at:Home»Portfolio Construction Channel»Is There a Massive Windfall Coming for China’s Fast-Growing Tech Giants? 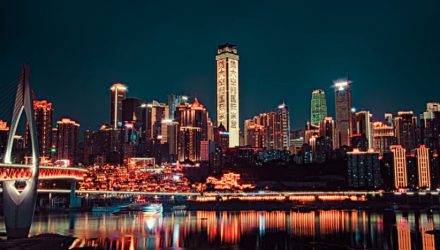 Is There a Massive Windfall Coming for China’s Fast-Growing Tech Giants?

That’s the message the U.S. government shared with the world last week, giving importers until November 4 to cut their consumption of Iran’s crude to zero—or expect sanctions. The threat comes a month after President Donald Trump withdrew the U.S. from the Obama-era nuclear deal.

West Texas Intermediate (WTI) responded by adding more than $6 to the price of a barrel last week alone, to end above $74.

Other drivers included supply disruptions in Canada and Libya, as well as a sharp, more-than-expected decline in U.S. crude inventories. Nearly 10 million barrels were drawn in the week ended June 27, the most since September 2016. Crude is now up an eye-popping 70 percent from the same time last year, contributing to the inflationary pressure that’s pushed consumer price growth to a six-year high.

And there could be more upside, should supply crunches continue along with Trump’s ongoing geopolitical efforts to isolate Tehran. Ready to see $90-a-barrel oil? That’s the forecast from Bank of America Merrill Lynch analyst Hootan Yazhari.

“We are in a very attractive oil price environment,” Yazhari told CNBC this week, “and our house view is that oil will hit $90 by the end of the second quarter of next year,” or 12 months from now.