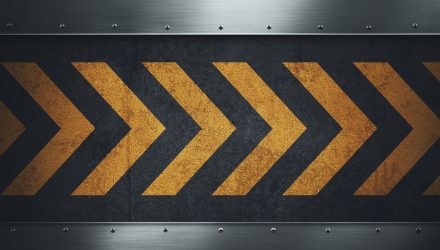 We have recently witnessed some of the highest oil prices history. The price of energy hasn’t reached these levels since 2014. The more expensive oil and gas prices are translating into increased operating expenses for many companies and in individuals who have become accustomed to low energy costs.

The price of Brent Crude is hovering around $75 per barrel. And the West Texas Intermediate (WTI in the U.S.) is trading in New York just north of $68 per barrel. Regular gasoline in the U.S. is priced at $2.80 per gallon nationwide, which is 5 cents higher than last week, and up 40 cents from a year ago.

In the wake of rising oil prices, energy companies such as Chevron have been reporting record profits. Chevron (CVX) reported earnings of $1.90 per share in its latest quarter, compared with $1.48 forecast by Thomson Reuters. CVX is nearly 18% higher over the last year, recovering from a drop earlier this year.

Chevron had some minor refining issues even in this latest quarter but overall it should continue to outperform over at least the short and medium term. The S&P500 index has beaten Chevron over the past 5 years. However Chevron has outpaced the stock market index in the last year, with strong momentum to push forward.

Analyst Bill Selesky at Argus Research reaffirms his BUY rating on Chevron with a price target of $130. He believes that Chevron “offers best-in-class production growth and the potential for strong free cash flow at a time when most peers are struggling to improve production and lower costs.

The company has also recently completed several major capital projects, which should lead to reduced capital spending over the next several years. The company has a desirable mix of both long-cycle projects (Wheatstone and Gorgon) and short-cycle projects (Permian Basin) that should enable it to post strong earnings in a range of oil price environments.

Chevron also pays a sizable dividend with a yield of about 4.5%. In recent conference calls, management has emphasized that maintaining or increasing the dividend is the company’s top priority.”