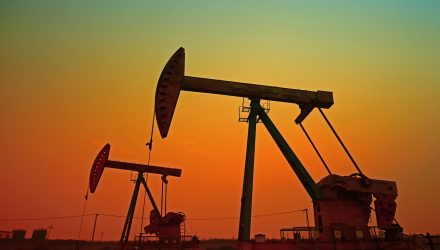 BoA: $100/bbl Oil Is Coming and it’s Bad News for the Economy

Over the past 12 months, the price of oil has been on a tear. After bottoming at a low of around $30 per barrel towards the end of 2016, Brent has since recovered to trade above $80, up more than $20 a barrel year-on-year.

Rising prices have been a boon for oil investors. The industry has seen profits surge off the back of the oil price recovery. Rising prices have only been part of the equation. Over the past five years, oil companies have rushed to slash prices to cope with the oil price downturn. Companies are now benefiting from the double tailwind of rising prices and lower costs, resulting in fatter profit margins.

But while oil companies and their investors are celebrating the oil price recovery, economists are starting to become concerned about the impact higher prices might have on the global economy.

A recent report Bank of America Merrill Lynch’s global economists, Aditya Bhave and Ethan S. Harris considers the impacts $100/bbl oil might have on global economic growth and the winners/losers from such a scenario unfolding.

But first, the report asks if $100/bbl oil is a realistic prospect?

The most critical near-term driver of oil prices is the possible supply shock coming out of Iran. Last year, Iran exported more than 2.1 million barrels of oil per day. The current US administration wants to get this down to zero through sanctions on US companies that will force other countries to cut their imports of Iranian oil. China and India account for nearly 60% of Iranian oil exports, and while India has shown its willingness to comply with sanctions, China has substantial room to increase its purchases from Iran possibly at below market prices.

Bhave and Harris believe this is unlikely because the country does not want to further escalation of its trade war with the West:

“Refiners from Europe, Korea, Japan and India have already cut their purchases from Iran, and exports have fallen by 900mn b/d in the last five months. This leaves China with substantial room to increase its purchases from Iran, possibly at below market prices. However, doing so would further escalate China’s trade and broader geopolitical conflict with the US administration. Therefore our colleagues in commodities strategy believe China will take a middle course, maintaining its current imports from Iran, defying the sanctions, but not increasing imports. News reports suggest that China is increasing its crude oil imports from West Africa to compensate for import cuts from the US and possibly Iran.”

As well as the Iranian supply shock, Bank of America’s analysts thinks investors should be watching Venezuela as well. The collapse of Venezuela’s economy has sent production down to levels not seen since the 1940s, which along with other factors putting pressure on supply within the global oil market, has resulted in global inventories steadily falling.

Meanwhile, the capacity to increase supply around the world is limited after years of underinvestment. Against this backdrop, higher oil prices “seem inevitable” according to the economics team at BoA.