You are at:Home»Portfolio Construction Channel»BLOK May Be the Best Blockchain ETF Right Now 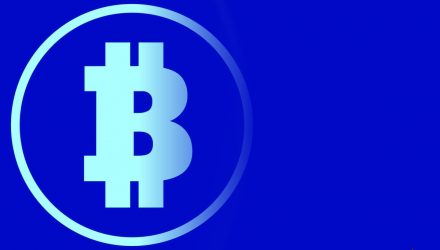 BLOK May Be the Best Blockchain ETF Right Now

Earlier this year, the first blockchain ETFs hit the market and they came roaring out of the gate. The first fund debuted on January 17th, and by the end of the month, there was more than $300 million in assets spread across four different ETFs. After every bitcoin ETF proposal was either denied by the SEC or withdrawn by its issuer, investing in blockchain became the next best proxy for exposure to the cryptocurrency craze.

I’ve spent a fair amount of time here covering the blockchain ETFs (for the record, we’re up to five different funds now with total assets approaching $400 million and a China blockchain ETF in the works) and while it may seem that each of these funds is essentially interchangeable, that’s actually far from the case. Each has a relatively unique approach to building their portfolios and targets different segments of the market. For example, the Innovation Shares NextGen Protocol ETF (NYSEArca: KOIN) uses artificial intelligence to pick stocks, but its definition of “strongly tied to blockchain technology” (as is stated in the fund’s prospectus) is so loose that it ends up looking more like a generic mega-cap tech ETF. The Reality Shares Nasdaq NextGen Economy ETF (NASDAQ: BLCN) is more algorithmically driven and assigns companies a “blockchain score” based on development, innovation, and economic impact. I like its methodology, but it only rebalances itself every six months, so will it be able to stay on top of changes in the industry?

Every blockchain ETF has its own set of issues including, and probably most importantly, the fact that there is almost no pure blockchain exposure in any of these ETFs. If forced to invest in only one blockchain ETF, I would choose the one that offers the best combination of cost, flexibility, and a smart strategy. For me, that’s the Amplify Transformational Data Sharing ETF (NASDAQ: BLOK).

To set the table, BLOK is an actively managed ETF that invests in companies involved in the development and utilization of blockchain, the decentralized ledger that facilitates transaction recordkeeping. The fund’s managers assess a company’s involvement in blockchain by determining the level of material resources committed to one or more of the following activities:

Up until the launch of the REX BKCM ETF (NYSEArca: BKC) a month ago, BLOK was the only actively managed blockchain ETF in the bunch. In my opinion, this is BLOK’s biggest selling point. For all, we hear about the benefits of ultra-low-cost passively managed investing, investors seem quick to forget that there are cases where active management still makes a lot of sense. The blockchain ecosystem is in its nascent stages and many of the companies involved are still in the process of developing their technologies. Several of the bigger tech and financial companies are now approaching the point where they can actually implement blockchain solutions. Change within the sector up to this point has been rapid, but I expect it to accelerate further as some of these solutions get deployed. A blockchain ETF, in my opinion, is much better served being actively managed in order to be able to make quick changes in response to changes within the industry. KOIN rebalances itself on a quarterly basis. BLCN and the First Trust Indxx Innovative Transaction & Process ETF (LEGR) only reconstitute themselves semiannually. I’d rather own the fund that can change on a daily basis if necessary.

Even better, BLOK’s active management doesn’t come at a cost premium. Its expense ratio of 0.70% is only slightly more expensive than the 0.65% expense ratios of both LEGR and KOIN. That’s a rare thing when comparing actively and passively managed ETFs.

As expected, BLOK is primarily focused on two industries, tech and financials, where the majority of the early blockchain tech will be implemented. I’d note also that BLOK tends to be more North America-centric than its peers.

It maintains nearly 60% of its assets in the United States (with a little in Canada), while the majority of its peers have somewhere between 40% and 50%. I don’t view that as either a good thing or a bad thing, but I believe that the majority of innovation in blockchain is probably going to come out of Asia instead of the United States. BLOK also tends to be more focused on large-caps, but it does hold many of the names that are making the biggest investments in blockchain.