You are at:Home»Portfolio Construction Channel»Bitcoin Is Going To $25,000 By Year End 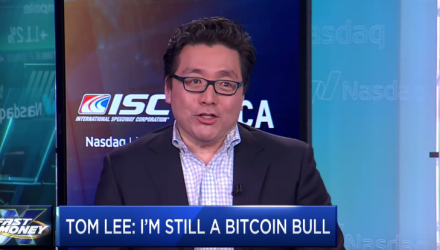 Bitcoin is back. The crypto currency rallying 10 percent in the past week despite a late they sell off let’s get to our Bob Hassane at the New York Stock Exchange for the details. Hey Bob. Hello Melissa. Here’s the good news. Mousses right. Bitcoins up about 10 percent in the last few days though it did drop quickly midday. That’s a little mysterious. It’s not clear exactly what happened here in the middle of the day. Now some note that electronic payments company Square has withdrawn its application to get into the banking business. That’s according to American bank. That was a big new deal back in June. New York financial regulators granted square the go ahead to allow New Yorkers to trade crypto currencies on its cash. So today’s drop may be due to concern that there may be less future volume in cryptos. Now there’s not much good news for Bitcoin recently folks who broke through the psychologically important 6000 level you know that last week that happened it’s still in a long and even a short term downtrend in fact the last time there really was a rally of any note was way back in April when Bitcoin went from about 7000 to almost 10000 in about two weeks. But it hasn’t done anything since then. On the upside there have been some reports that volumes on some exchanges have increased in the last few days as bitcoin has come back a bit. Now that may be true but a few days is a very short time horizon and a lot of these foreign exchanges have shall we say questionable monetary tools. Being kind.

When I say that watch the volumes that coin base that’s what I do. This is the largest U.S. based crypto exchange. Now if you just take a look at the dollar volumes look here the last few months they have been clearly on the decline. It’s down about 80 percent from the February levels through to June levels and it’s down for months in really you can see that clearly. Here’s what I want to see. Let’s see if we can at least get to July levels from dropping over the June levels just bottoming out at this point Melissa would be a victory. Back to you. All right Bob. Thanks Bob. The Sonnie at the NYSE. Our next guest sent shock waves shock waves across the craftier market when he made these comments on CNBC earlier today. Bitcoins historically traded at two and a half times its mining costs so it’s not out of the question that it could be over 20000 by the end of the year. Now Bitcoin would still have to rally over 200 percent to reach 20000 but the 20000 dollar comment was interpreted by some as a sign of bearishness. Now we may remember even as bitcoin does plunge calmly stood by his 25000 year end price target for bitcoin. Tom though is back to say reports of his bearishness have been greatly exaggerated. Tom thanks for coming back. It did take me aback I was there on Squawk Box with you this morning and it did take me aback when you said over 20000 instead of saying 25 k. So do you stand by 25.

Well I do think it’s the first time I’ve ever heard someone thinking something could triple is a bearish comment right. I may have misspoken a little bit. I think what I was trying to illustrate was that given where mining cost will be an applied.