You are at:Home»Portfolio Construction Channel»Berkshire Rallies on Share Buyback Announcement 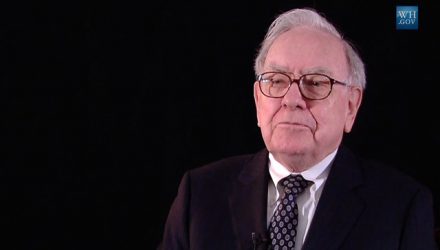 Last month, Berkshire Hathaway’s board announced that its removing a cap on stock buybacks, giving chairman Warren Buffett the freedom to dole out profits rather than continue his hunt for acquisitions. This according to an article in Bloomberg.

The article reported that Buffett and Vice Chairman Charlie Munger can “now make repurchases whenever they both believe the price is below Berkshire’s intrinsic value, conservatively determined.’ ” The announcement led to a 3.9% rise in shares, the highest intraday gain since March 9th, according to the article.

David Rolfe, chief investment officer at Wedgewood Partners, characterized the move as a “game changer,” asserting that Buffett could afford to spend in the “low tens of billions” on buybacks every year.