You are at:Home»Equity ETFs»Banks Remain a Sore Spot for Turkey ETF 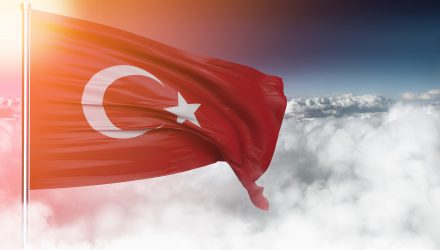 The often controversial and volatile iShares MSCI Turkey ETF (NasdaqGM: TUR) is up nearly 20% over the past month, a noteworthy rally for one of this year’s worst-performing single-country emerging markets exchange traded funds.

TUR is still down more than 45% year-to-date and the Turkish economy faces myriad challenges, including weakness in the banking sector.