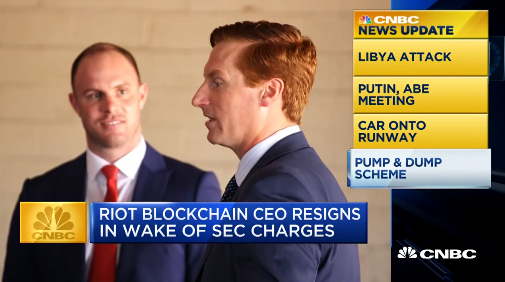 In comments to Bloomberg, Scott Nations, author of ‘A History of the United States in Five Crashes,’ said that the blockchain craze was “so reminiscent of what happened in the late 1990s … A company that had nothing to do with the internet would put out a press release that they were going to become an internet company now, and the same sort of thing would happen.”

On Tuesday, the CEO of Riot Blockchain (RIOT), another company that made a surprising pivot to blockchain last year, resigned amid allegations of operating pump-and-dump schemes. News of his resignation spurred a nearly 5% rise in Riot stock today.