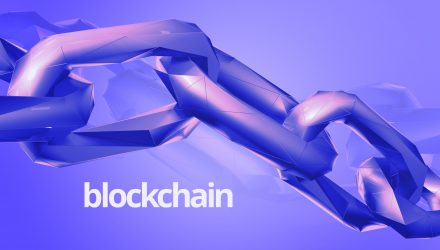 2018 is shaping up to be the year of the blockchain ETF. The first two months of the year saw the launch of four different blockchain ETFs (BLOK, BLCN, LEGR, KOIN), with a fifth ETF (BKC) launched last month.

Within the last six months, these five ETFs have gained considerable traction, and now gather total assets under management of $385.67 million. Understanding exactly how these funds operate and what they target requires a closer look at blockchain technology.

Blockchain technology is not a new technology by any means. In fact, blockchain was invented in 2008 by Satoshi Nakamoto, whose true identity is still unknown. From its inception 10 years ago, blockchain has developed into one of today’s “biggest ground-breaking technologies with potential to impact every industry from financial to manufacturing to educational institutions,” according to Forbes. Blockchain’s purpose is to serve as an “open, decentralized ledger” that records transactions between two parties without needing the authentication of a third-party. With blockchain, recording such transactions is a secure and unalterable process.

“Blockchain is to bitcoin, what the Internet is to email”

Sally Davies, reporter for FT Technology, summarizes the dynamics of the relationship between blockchain and bitcoin in her quote. Many still believe bitcoin and blockchain are one and the same, although they are not. Blockchain, “a big electronic system,” is the underlying technology upon which applications (such as bitcoin) can be built. Bitcoin was the first significant application that utilized the abilities of blockchain, similarly to how email was the first breakthrough app to use the technology provided by the Internet.

Five blockchain ETFs have launched since the start of 2018, all of which target companies which are actively developing and investing in blockchain technology. It is important to note that none of these ETFs have any exposure to bitcoin or other cryptocurrencies.

Amplify Transformational Data Sharing ETF (BLOK) is the top blockchain ETF based on AUM, totaling $190 million. BLOK was launched on January 17 with an initial price of $20.21, and currently sits at $20.81, thus seeing little change in its price since launch. Unlike most of the other blockchain ETFs, BLOK is an actively-managed fund, and “seeks to provide total return by investing at least 80% of its net assets in equity securities of companies actively involved in the development and utilization of blockchain technologies,” according to Amplify ETFs. Some of the fund’s top holdings Digital Garage, Overstock, NVIDIA, IBM, and Red Hat.

BLCN, which holds $130.5 million AUM, was created in partnership between Reality Shares and Nasdaq, and “constitutes the joint research, analysis and investigation of both groups on the emerging development of blockchain technology.” BLCN is currently at $23.86, slightly lower than its initial launch price of $24.25. Top holdings include Intel, Microsoft, Hitachi, and Cisco Systems.

LEGR, with $47 million AUM, tracks the performance of “companies across the globe that are either actively using, investing in, developing, or have products that are poised to benefit from blockchain technology.” With an inception price of $29.99, LEGR is priced at $30.26 as of Thursday afternoon. Of its 83 holdings, top allocations go to Advanced Micro Devices, Alibaba, Micron, NVIDIA, Intel, Microsoft, and Texas Instruments.

KOIN launched late January at a price of $24.13 and is currently at $25.68. According to Innovation Shares, the ETF “seeks to give investors access to companies that may benefit from a technology that has the potential to revolutionize the way global trade is conducted, data is secured, supply chains are managed, financial instruments are cleared and contracts are recorded.” KOIN has 40 holdings, including Visa, Amazon, Intel, and Tencent.

Launched last month, BKC is the most recent blockchain ETF, and totals $6.4 million AUM. BKC has the highest expense ratio of the five ETFs at 0.88%. BKC is a fund actively-managed by CNBC’s Fast Money correspondent Brian Kelly. The fund has 33 holdings, and is currently trading at $25.60, up slightly from its launch price of $25.14.

For more news on bitcoin and blockchain, visit our blockchain category.