You are at:Home»no-rss»3 Steps to Responsible Bitcoin Investing 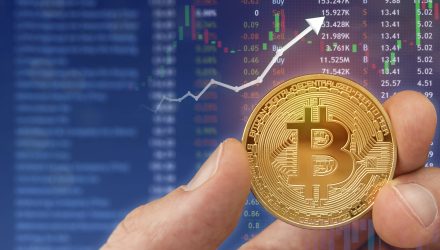 “Bitcoin” and “responsible investing” are two terms that are almost never used together. In this post we are going to do what may appear impossible on first glance: show you how to buy bitcoin in a way that you benefit from its price appreciation, but can’t lose money.

At Benjamin, we are building a tax deferred savings product that gives you some participation in stock market upside with protection against any losses. A question that often comes up is: can you do the same thing with bitcoins instead of the stock market? The short answer is: yes.

This approach makes sense for certain situations. First, you should be willing to accept less than full participation in bitcoin’s upside, in return for the guarantee that you won’t lose money. Second, you’ll need to be a long term investor who is comfortable holding bitcoins for a long period of time. The longer you are willing to hold bitcoins, the more of the risk-free upside you can participate in. If this sounds good, let’s get started…

Step 1: Buy a bond to ensure your original investment is protected

A bond allows the government to borrow money from you for a certain set amount of time. In return, you’re paid back the original principal, plus interest.

That’s how you can ensure you don’t lose your original investment.

Protect your downside by using bonds

We want to put the $1,200 that isn’t invested in bonds into something that will appreciate with bitcoin. The simplest way to do that is to just buy some bitcoin. You can do this on Coinbase or one of the numerous other bitcoin exchanges. Let’s look at what payoffs will be in different scenarios.