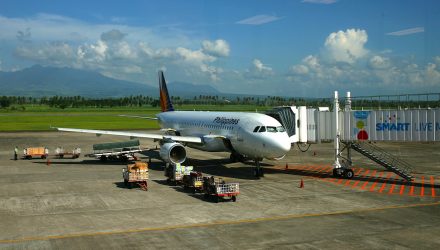 While the rest of the global markets were roiled by the sudden escalation in the trade war between the U.S. and China, the Philippines country-specific exchange traded fund strengthened.

The iShares MSCI Philippines ETF (NYSEArca: EPHE) was up 0.9% Wednesday while the Philippine Stock Exchange Index gained 1.4%, the most since the end of June.

The Philippine market bounced on optimism that the emerging market will remain sheltered from a trade spate between Beijing and Washington D.C., Bloomberg reports.

Additionally, the Philippine’s second largest pension fund argued opportunities have opened up after the market plunged into a bear market.

“We add when we see that there is opportunity,” Emmanuel Dooc, president at Social Security System, said told Bloomberg. “There are some stocks that are resilient, and there are those that fell that we look at because of their potential.”

Philippines as a Bargain Play

While a risk-off sentiment gripped most of the Asian markets as investors prepped for an escalation in the trade war, with China pledging to retaliate against President Trump’s new $200 billion in tariffs, some were looking to the Philippines as a bargain play.